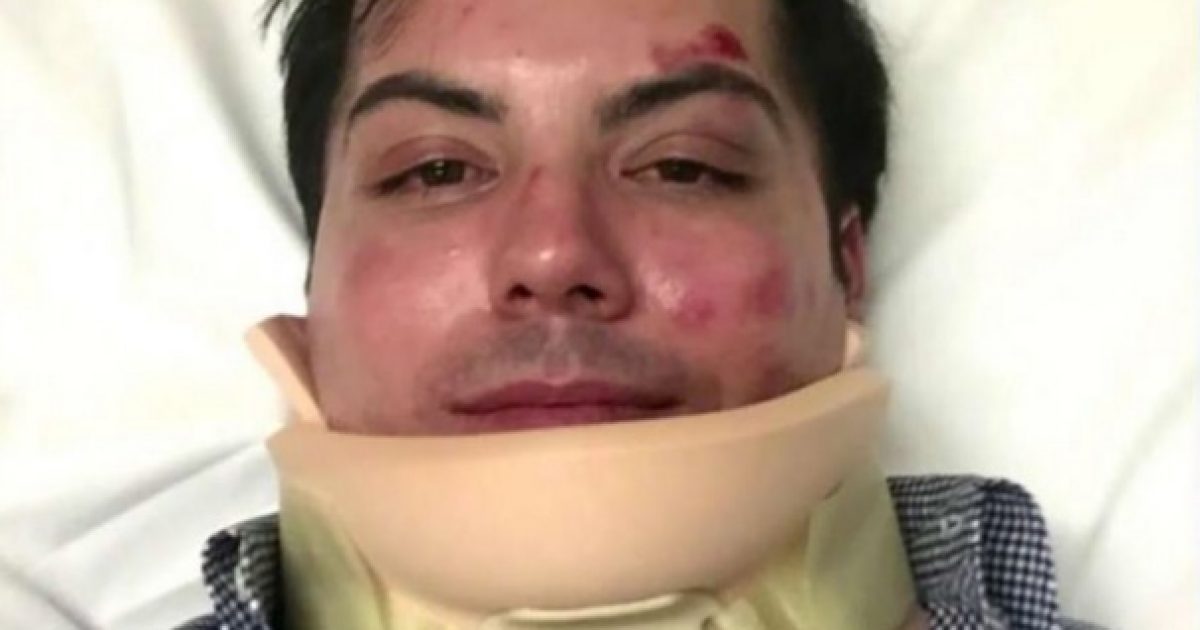 It’s disgraceful when a decorated war veteran can’t even walk the streets of our nation’s capital without being pistol whipped.

A former U.S. Marine was assaulted at a downtown Washington McDonald’s restaurant Friday night in an attack the victim said was racially motivated, according to D.C. police.

… According to a D.C. police report, Marquez, 30, told officers that a group of at least four youths were loud and began to argue with him. The report says Marquez told police that one youth hit him in the face with a handgun and stole bank cards and his wallet with $400 inside. The incident was first reported by the Daily Caller, a conservative Internet news and opinion site.

But wait…. I thought handguns were illegal in the District of Columbia. Right Democrats?

Marquez told The Washington Post he had just come from a book signing when he stopped at the McDonald’s. He said he was eating in a back corner when a group of teens and young men approached. “They saw me and crowded around my table, and they started asking me if I believed black lives matter,” Marquez said. “I was ignoring them, then they started calling me racist.”

… As a Marine, Marquez fought in the battle of Fallujah as an infantryman. He served eight years in the Marines, deploying to both Iraq and Afghanistan. He is also a recipient of the Bronze Star Medal.

This is the tragic result of progressives who stir up racial anger and feelings of victimization in the black community. These kids aren’t social justice activists, they are criminals and thugs.

We are still waiting for the Black Lives Matter movement to step up and officially denounce the actions of these criminals.