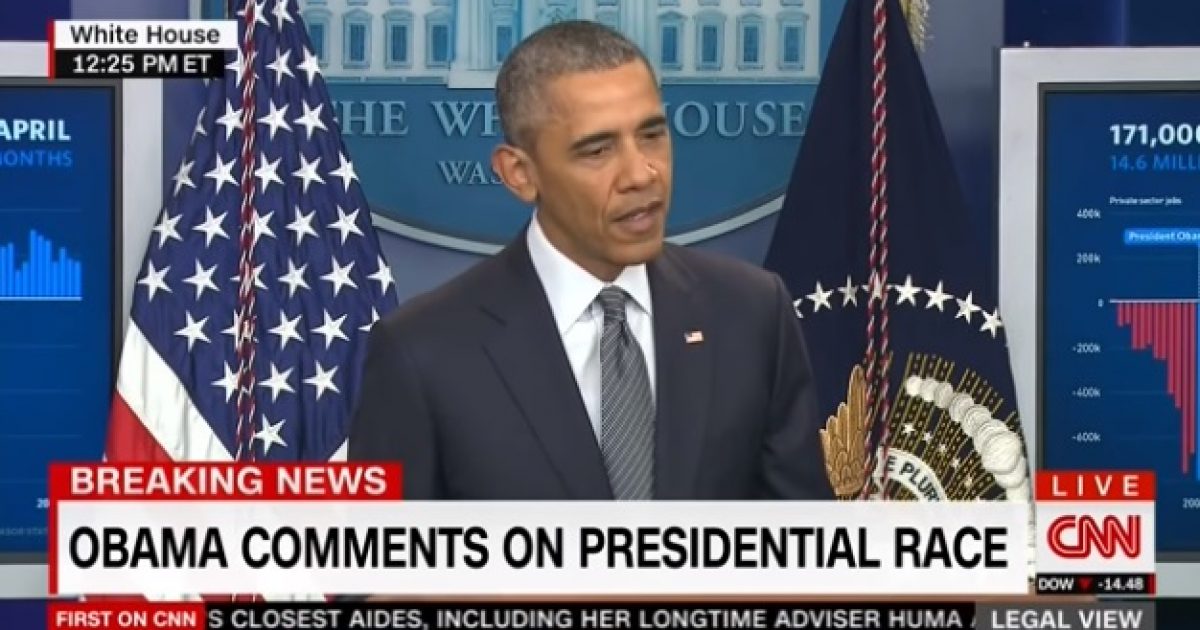 President Obama is not holding back his thoughts regarding the 2016 election, specifically the role the media plays in hyping up the political showdown. He lectured the White House briefing room that the election is “not entertainment,” and reminded reporters to scrutinize every candidate.

According to The Washington Free Beacon, Obama said:

“But most importantly, and I speak to all of you in this room as reporters, as well as the American public, I think, I just want to emphasize the degree to which we are in serious times and this is a really serious job. This is not entertainment. This is not a reality show. This is a contest for the presidency of the United States and what that means is that every candidate, every nominee, needs to be subject to exacting standards and genuine scrutiny.”

…“But what I’m concerned about is the degree to which reporting and information starts emphasizing the spectacle and the circus because that’s not something we can afford.”

Of course, Obama didn’t mind when reporters failed to put his own campaign under any kind of legitimate scrutiny in 2008. But I’m sure that was different!

Progressives only accept media bias when it serves their own agenda.