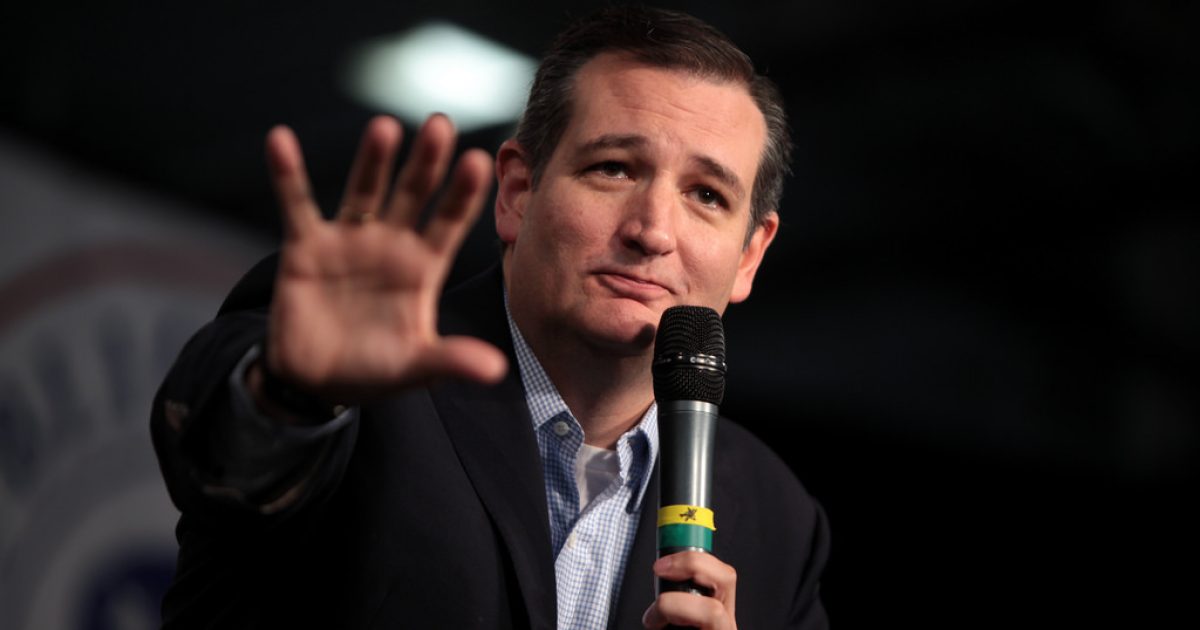 Many of Ted Cruz’s presidential campaign supporters have been hoping the Texas Senator could land on the Supreme Court, should Donald Trump be elected President. A brilliant legal mind who argued on behalf of religious freedom and the 2nd Amendment from Texas to the Supreme Court, Cruz is certainly qualified for the job.

However, Senator Cruz threw a bucket of cold water on those hopes Friday during an interview with WBAP:

“I have had several opportunities in the past to go to the bench, and I certainly deeply respect the job the justices do,” Cruz said.
“I believe that I can do a great more good fighting across the political spectrum,” Cruz said, calling for “leadership” to repeal ObamaCare, abolish the IRS and fight “radical Islamic terrorism.”
Cruz was also asked whether he would work to help craft the GOP platform at the party’s convention in Cleveland in July. Cruz ended his presidential campaign last week but still holds the second most delegates in the race.
“That is certainly a high priority and what I am working hard to do,” Cruz said.
With Cruz’s verbal decline, conservatives are left waiting for Mr. Trump to release his promised list of potential nominees to the high court. Who would you like to see on the bench? Let us know in the comments below.
Facebook Twitter Pinterest Flipboard