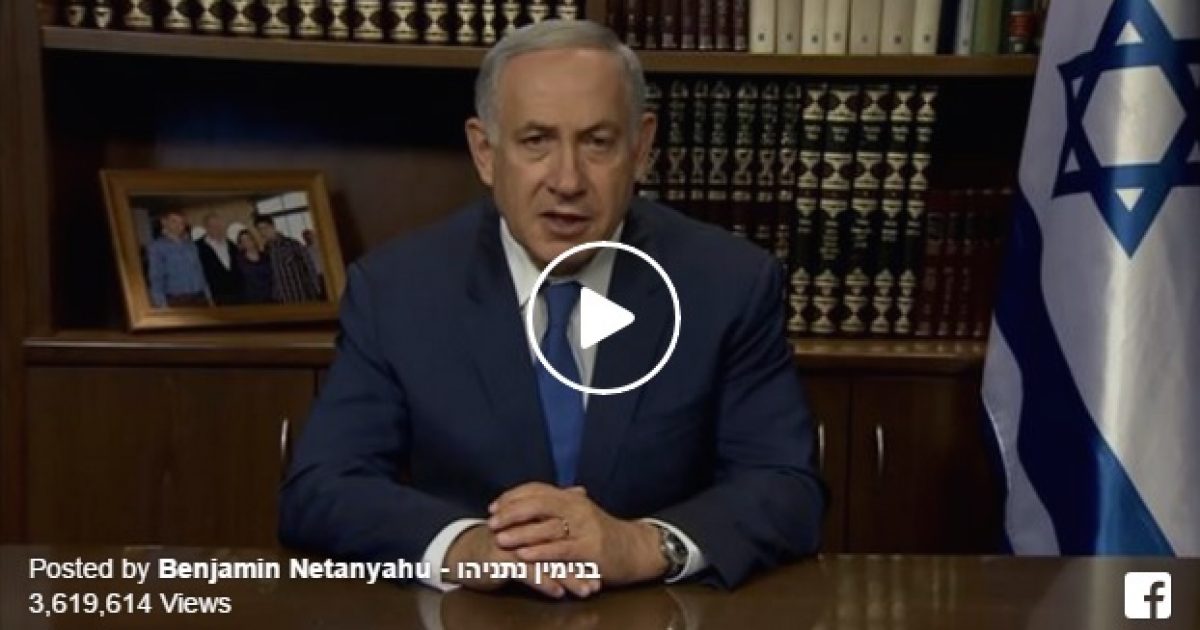 This past Thursday, a 13 year old girl was stabbed to death while sleeping in her bed. Her name was Hallel Ariel, an American girl who suffered a horrific terrorist attack.

But her crime was not sleeping. It was that Hallel’s citizenship was dual – she was also Israeli. An American-Israeli child asleep in her home in Israel. Her murderer? A 17 year old Palestinian.

Following this horrific incident, the people of Palestine cheered. Israeli’s mourned with her family. But the rest of the world, including Hallel’s President, has been strangely silent.

While Barack Obama cheers a boy who makes a clock that looks like a bomb and invites the family of an Army deserter to the White House – Hallel’s death goes unmentioned. Hallel’s family, unacknowledged by this administration. The story is inconvenient, the narrative failing to align with the mantra of peaceful Palestinians.

Fortunately for Hallel’s family, and the rest of the world, Hallel had two Presidents. And Bibi Netanyahu (once again) gave a speech from his office clearly outlining terror, exposing the enemies of freedom, and offering comfort to the family:

Thank you, Mr. Netanyahu. Here’s hoping our next president follows your lead.