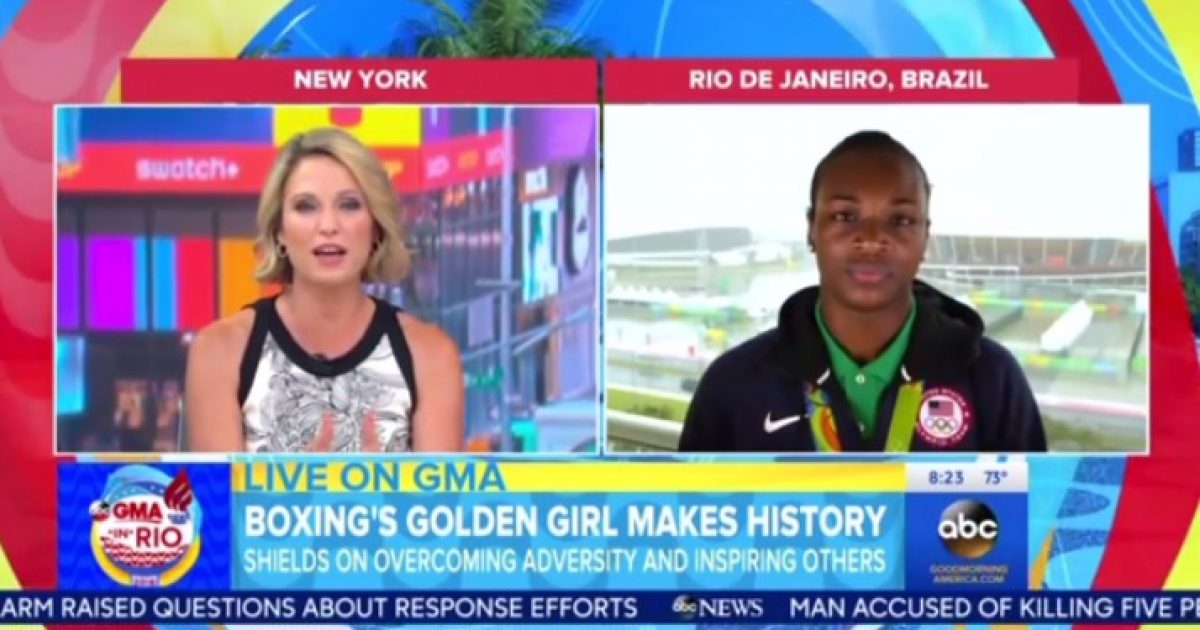 Claressa Shields made history in Rio as the first U.S. boxer to win back-to-back gold medals. But while the major media outlets praised her historic win, they forgot about her most important personal win. On Monday, the 21-year-old credited God for her success on Good Morning America after ABC anchor Amy Robach referenced her “difficult childhood.”

How Shields’ past was difficult, Robach didn’t say. But it’s a story well worth telling. Shields grew up in Flint, Michigan with a father in jail and a mother with drug problems and male “acquaintances” who, Shields said, raped and sexually molested her. Her family relied on food stamps that, she believes, her mother sold for drugs – because food rarely appeared on the table. And when her cousin begged her for abortion money, Shields decided to adopt the baby as her own while a teenager.

…”I really wanted a baby myself and I wanted to have one when I turned 18 right after I won the [2012] Olympics,” she told Iole. Because she couldn’t get pregnant while training for the 2016 Olympics, she told her cousin, “You have the baby, and I’ll adopt her.”

And that she did. Shields took Klaressa home and readjusted her schedule to care for her. On the days she couldn’t find a sitter, she opted for training at home instead of going to the gym. “I’d shadow box for an hour-and-a-half with the baby right there,” she said.

The entire story at Newsbusters is worth the read. Tragically, the cousin changed her mind and ultimately demanded Shields give the baby back.

While the adoption didn’t stick, the Olympian’s commitment to protecting life did. Thanks to Claressa Shields, this precious baby has a chance at life:

Shields embraces her role as a strong female role model to girls (and women) everywhere:

And, as she told Iole, she has an important message for other girls struggling to survive life’s challenges. “If you’re a girl and you’re having a bad day and it seems like it’s never going to get better, think of me,” Shields said. “Look what I’ve done. Look what I overcame. I did it. I dreamed about reaching a goal and I made it happen. You can, too. I’m living proof of that.”

With all the drama and media circus surrounding the U.S. men’s swim team, we should be focusing more on athletes like Claressa Shields who continue to make America proud, both in and out of the boxing ring.