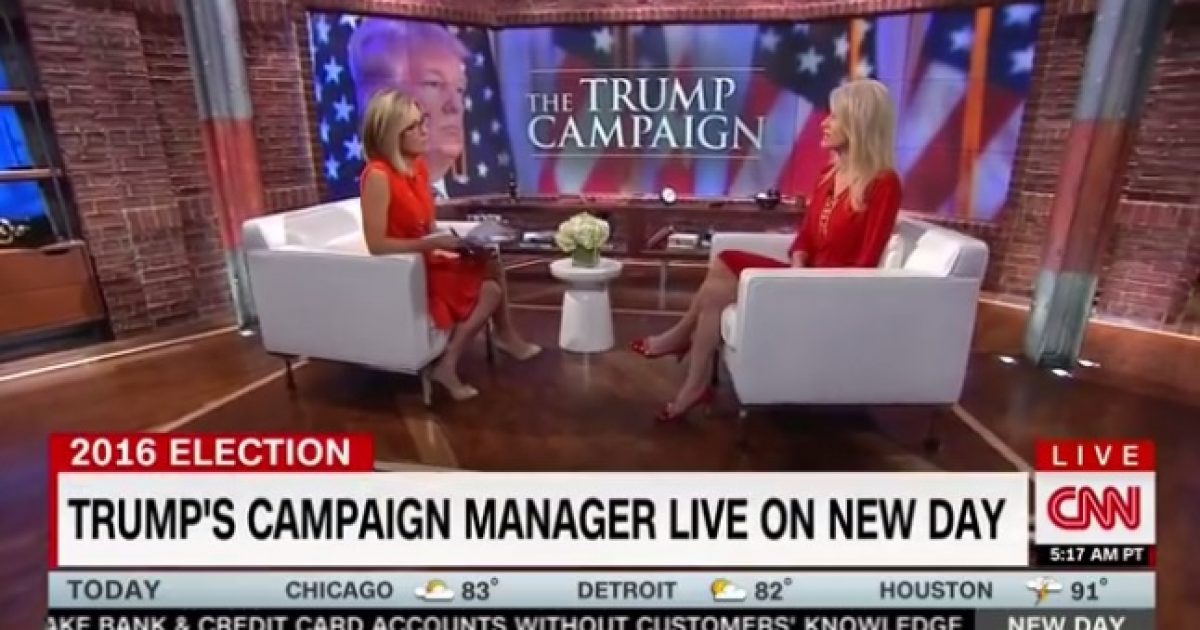 A CNN interview between Alisyn Camerota and Trump campaign manager Kellyanne Conway got heated when the network anchor pressed for answers on Trump’s tax returns.

Donald Trump’s campaign manager, Kellyanne Conway, pushed back hard Tuesday when she was asked during a CNN interview if the Republican presidential nominee would release proof that he’s under audit by the IRS. The claim of being under audit is the reason the Manhattan billionaire has repeatedly given for not releasing his tax returns.

“I don’t know. Why? In other words, why are you? Are you calling him a liar?” Conway responded when CNN host Alisyn Camerota asked about the issue.

Camerota clarified that voters are now “taking his word for it” that Trump is under audit — and that’s when things really became heated. “And we’re taking Hillary Clinton’s word for it that didn’t become overheated, or didn’t have pneumonia, or that she’s going to be aspirational, uplifting, or that she’s going to start talking to the press again,” Conway replied. “I mean seriously we’re running against a Clinton, and we’re going to challenge someone’s veracity?”

Conway raises a good point- the mainstream media gives the Clinton campaign a free pass when it comes to transparency (or lack thereof). When the Trump campaign underlines the double standards of the liberal media, journalists don’t know how to answer for it.

You can watch the full exchange here: