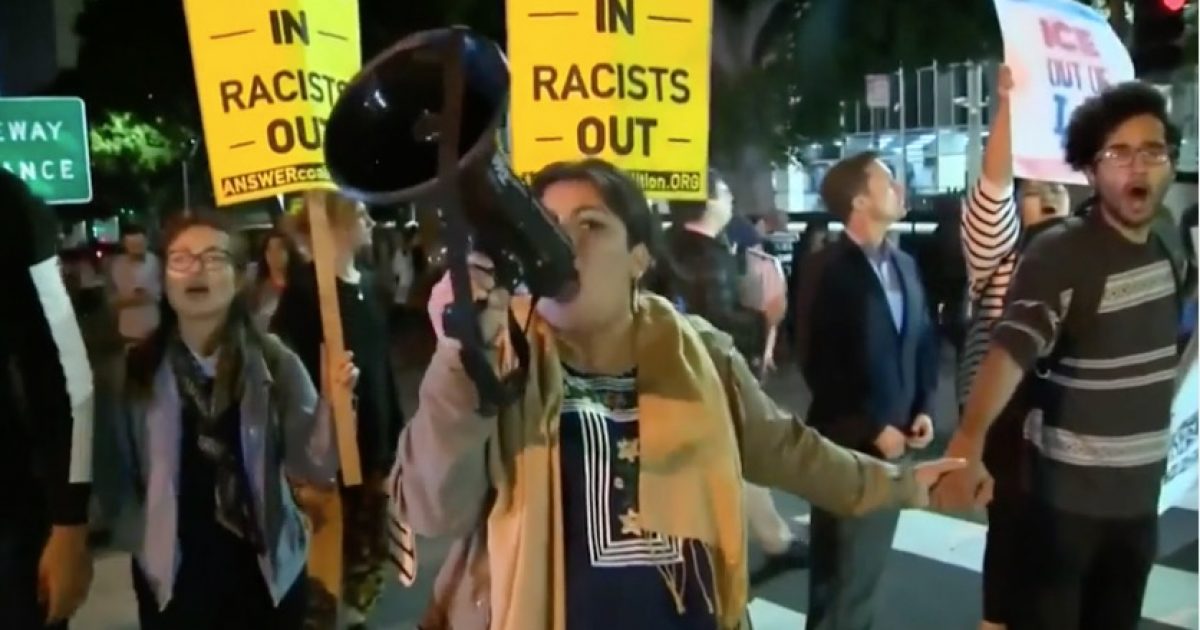 President Trump is keeping his word to deport criminal illegal aliens from the U.S.

The Washington Post reported that Immigration and Customs Enforcement (ICE) officials made hundreds of arrests of illegal aliens in numerous cities across the U.S.

U.S. immigration authorities arrested hundreds of undocumented immigrants in at least a half-dozen states this week in a series of raids that marked the first large-scale enforcement of President Trump’s Jan. 25 order to crack down on the estimated 11 million immigrants living here illegally.

The majority of those arrested had felony convictions and some had misdemeanors or were in the U.S. illegally.

In total, 160 arrests were made and protests over the enforcement action occurred in New York City and Los Angeles.

During the campaign, then-candidate Donald Trump promised to deport the estimated 3 million criminal illegal aliens in the U.S. and this effort is a downpayment on his commitment.