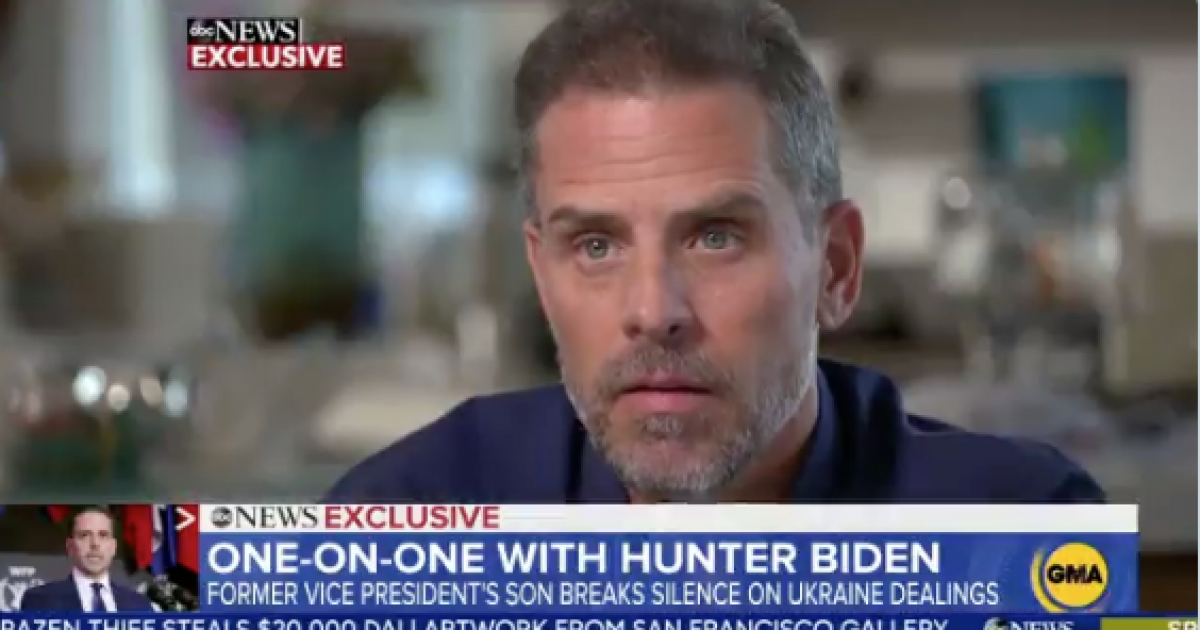 Hunter Biden, the son of former vice president and 2020 presidential candidate Joe Biden, defended himself during an interview on ABC News.

ABC News promoted the interview with Hunter including criticism of the Biden’s from President Trump.

Watch more from the exclusive interview on @GMA. https://t.co/WgjZRVR9Kp pic.twitter.com/EsKfKzxZ0M

Hunter said he didn’t do anything wrong but he acknowledged it was a bad decision to become a board member of a Ukraine company.

“However, was it poor judgment to be in the middle of something that is…a swamp in—in—in many ways? Yeah,” Biden said.

“In retrospect, look, I think that it was poor judgment on my part,” Hunter Biden concedes. “I didn't have any discussions with my father… other than that brief exchange that we had” where the former VP told him: “I hope you know what you’re doing” pic.twitter.com/JVFlGdVC18

Hunter added, “I gave a hook to some very unethical people to act in illegal ways to try to do some harm to my father. That’s where I made the mistake.”

The ABC News interview makes it clear that Hunter Biden lined his pockets with money because of daddy and that is going to hurt the former vice president’s presidential campaign.