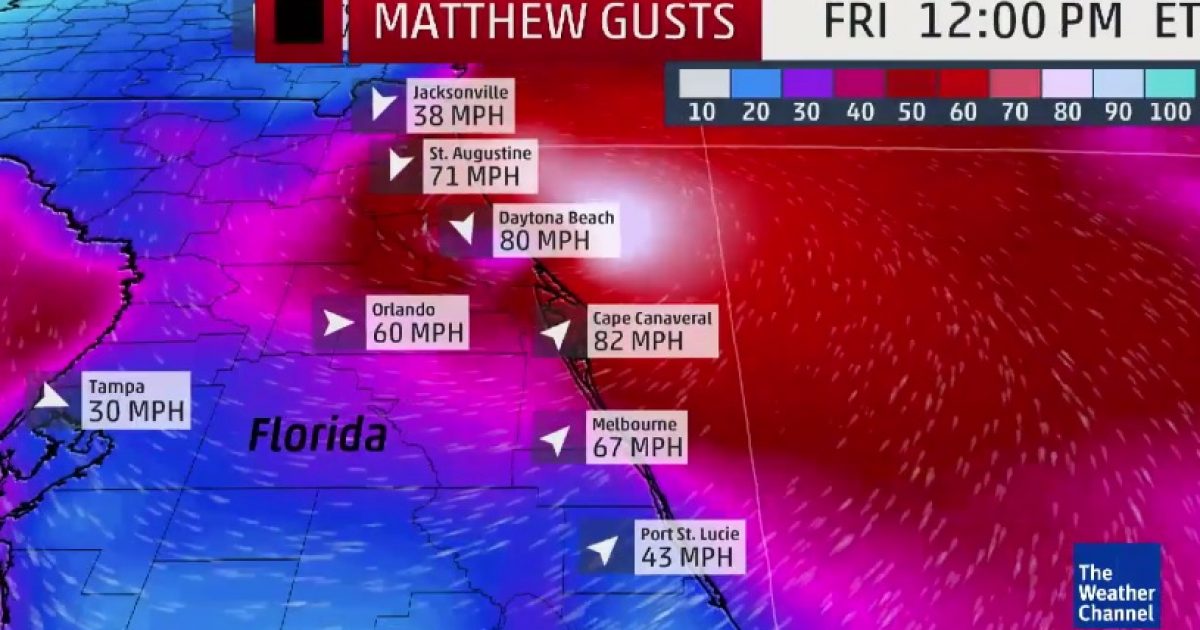 While Hurricane Matthew heads for Florida, the Clinton campaign tried to exploit the storm as a political promotion vehicle by purchasing ad time on the Weather Channel. However, once the campaign received backlash on social media for politicizing a major weather event, they decided to “delay” the ad buy.

Millions of Americans will tune in to The Weather Channel over the next few days for the most up-to-date information on Hurricane Matthew. But if anxious coastal dwellers were planning to avoid presidential politics as they try to stay safe, they will be disappointed.

The Hillary Clinton campaign has reportedly paid $63,000 to reserve political ad time on The Weather Channel. The ads are expected to air in the swing state of Florida over the the next five days, Fox News reported. Florida’s Atlantic Coast is forecast to be among the hardest hit as the Category 4 storm moves north off the coasts of Georgia, South Carolina and North Carolina.

But it’s not just in Florida where the Clinton campaign is buying attention. As Politico pointed out, The Weather Channel often has more viewers in every part of the country before and during a natural disaster like Hurricane Matthew. That could explain why the Clinton campaign has purchased roughly the same amount of ad time in the battleground states of Pennsylvania and New Hampshire.

This is a colossally huge and unforced error by the Clinton camp. Insensitive and will piss off Floridians. https://t.co/ok2ZYEPn7K

This is not too surprising, because the Clinton campaign has absolutely no boundaries. They are politically shameless.

Hillary Clinton doesn’t care about the damage from the storm, so long as the Florida voting booths are in tact when Election Day rolls around.