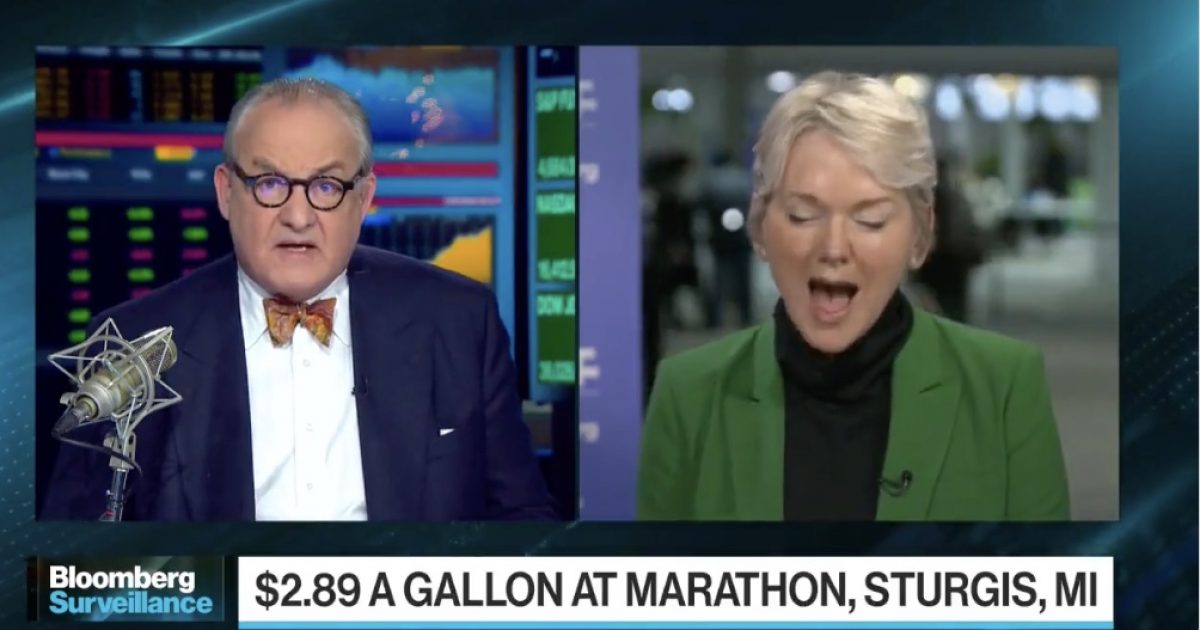 Energy Secretary Jennifer Granholm laughed off a question about the U.S. increasing domestic oil production in wake of soaring gasoline prices across the country.

Bloomberg host Tom Keene started by mentioning the price of gasoline in Sturgis, Michigan and stated gas prices in Michigan were likely lower than the prices in California. Keene then followed with the question, “What is the Granholm plan to increase oil production in America?”

Granholm’s first reaction was to laugh and say, “That is hilarious. Would that I had the magic wand on this.”

Biden Admin is laughing at you. pic.twitter.com/nXHFk3jfCD

The energy secretary dodged the question about U.S. energy production and jumped to blaming OPEC for failing to increase oil production.

Unsurprisingly, the reaction on social media was not friendly to Granholm.

Could the Biden team be this stupid? Yes, yes they are. They all are.

We encouraged everyone to vote NO on Granholm because she’s nothing more than a politician. A natural born liar.

I’m embarrassed for our nation. pic.twitter.com/PKI3qDL8Fn

There's fierce competition for most out of touch Biden cabinet member, but Jennifer Granholm fights for the title harder than anyone https://t.co/CCLTzhYkYZ

Granholm is out of touch with the plight of Americans facing soaring gasoline prices and laughing at the problem is not a solution.

The response by Granholm is tone deaf but consistent with many Democrats that are disconnected from reality.