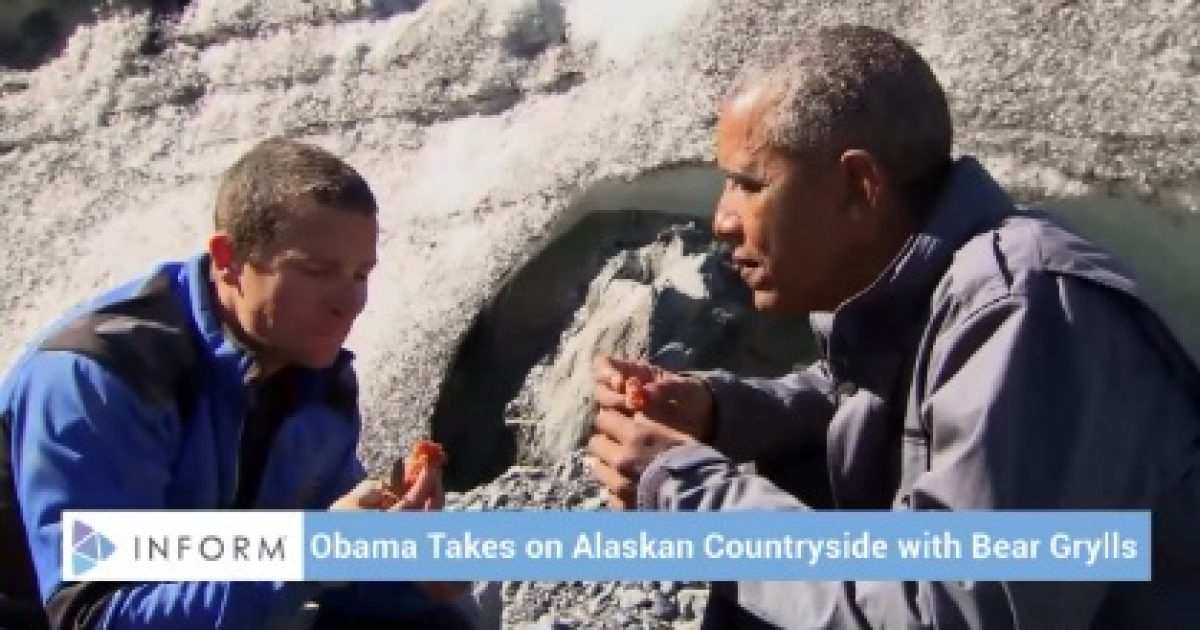 The President of the United States took a break from his day job (aka. leading the free world) to run wild with Bear Grylls in the Alaskan wilderness.

He declined to drink urine but Barack Obama did make tea from glacier water and munch on a bloody salmon previously chewed by a bear in his wilderness bromance with Bear Grylls. The US president trekked through a remote part of Alaska to promote action on climate change – and show a more human side – in a special episode of the British adventurer’s reality show, Running Wild With Bear Grylls.

The hour-long programme, which aired on NBC on Thursday, showed the duo bonding as they hiked on Exit glacier in the Kenai mountains, bantering over fatherhood and the environment – as well as flatulence and bellybutton fluff.

“I’m skinny but tougher than I look,” said Obama, after the former soldier complimented his physical fitness. It was a moment to make Sarah Palin howl.

Of course, the point of this “celebrity appearance” was to promote the President’s climate change agenda and war on energy. Obama is desperate to prove his legacy didn’t stall, and he is clinging to climate change and gun control as his last hope.

Heading into 2016, with ISIS far from “contained” and business struggling to stay afloat under crippling Obamacare costs and regulations, our president is choosing to focus on climate change legislation and gun control.