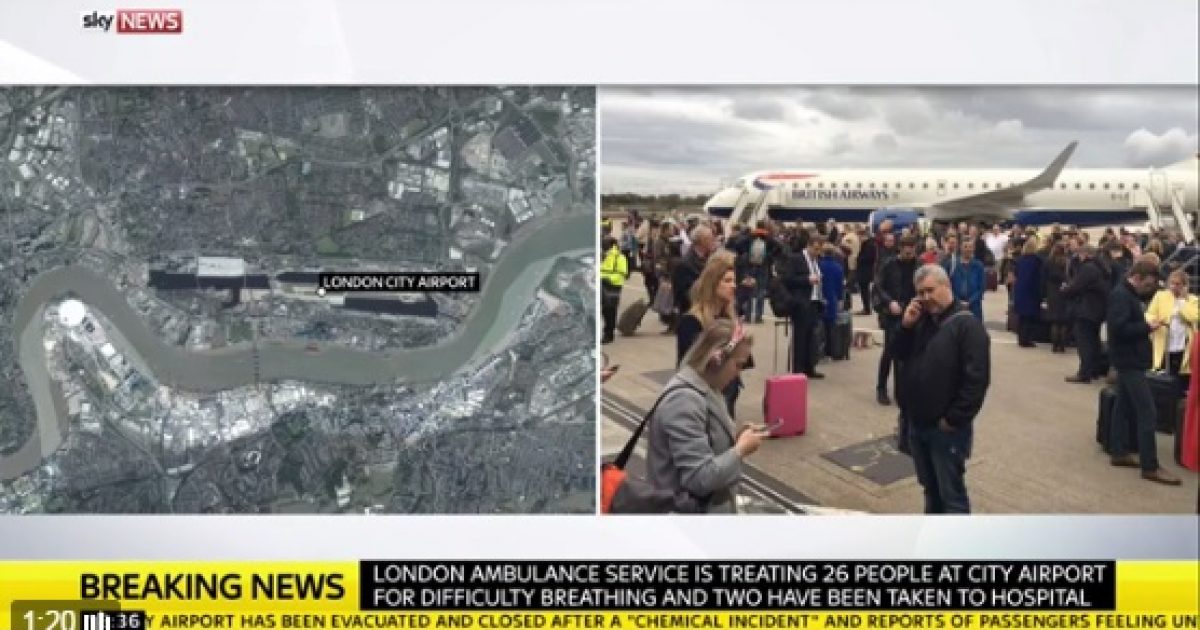 There was a short-lived chemical terror scare at the London City Airport which resulted in an evacuation. Luckily, it was a false alarm and everyone on the scene is safe.

At least two people have been hospitalized and 26 were being treated by paramedics at London City Airport Friday following “reports of a chemical incident.”

“Around 500 members of the public and staff were evacuated and London Ambulance Service crews treated a number of patients for difficulty breathing,” the London Fire Brigade said in a statement.
“Two complete sweeps of the Airport building were carried out jointly by firefighters and police officers both wearing protective equipment,” it added. “No elevated readings were found and the building was ventilated, searched and declared safe.”

Unfortunately, this is the world we live in. When something seems off, civilians assume the worst: a terror attack.

We need to elect a president who takes the threat of ISIS seriously, not a progressive who believes our nation’s biggest threat is climate change.