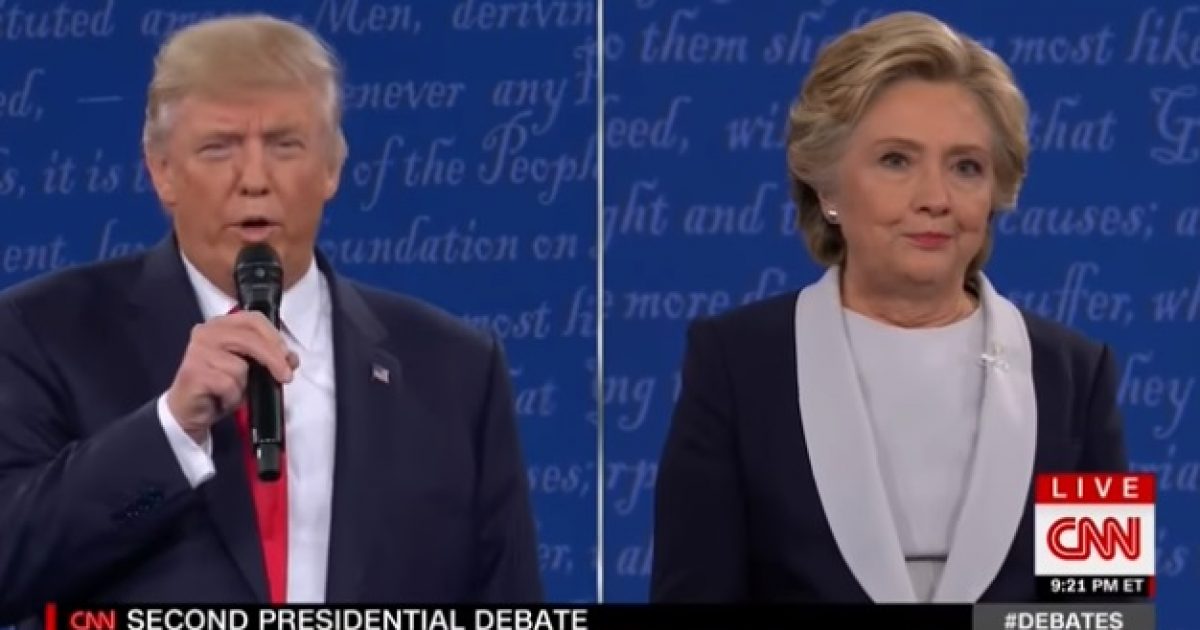 During last night’s fiery debate, Donald Trump told Hillary Clinton if he were President of the United States, she would be in jail.

Trump then went after Clinton’s 33,000 emails that were deleted from her private server when she was secretary of state and said that she owed an apology to the American people.

“I’ll tell you what. I didn’t think I’d say this and I’m going to say it and I hate to say it. If I win, I’m going to instruct my attorney general to get a special prosecutor to look into your situation because there has never been so many lies, so much deception, there has never been anything like it, and we’re going to have a special prosecutor,” Trump said.

…“It’s just awfully good that someone with the temperament of Donald Trump is not in charge of the law in our country,” Clinton said.

“Because you’d be in jail,” Trump quipped.

Donald Trump played defense for the first part of the debate, mostly explaining away the controversial “Trump tapes” leaked over the weekend. Focusing on Hillary’s missing emails allowed Trump to turn the tables on Clinton, calling into question her commitment to transparency and honesty.

Only time will tell if Trump’s strategy helps him recover in the polls. Currently, polling averages have Hillary leading Trump by almost 5%.