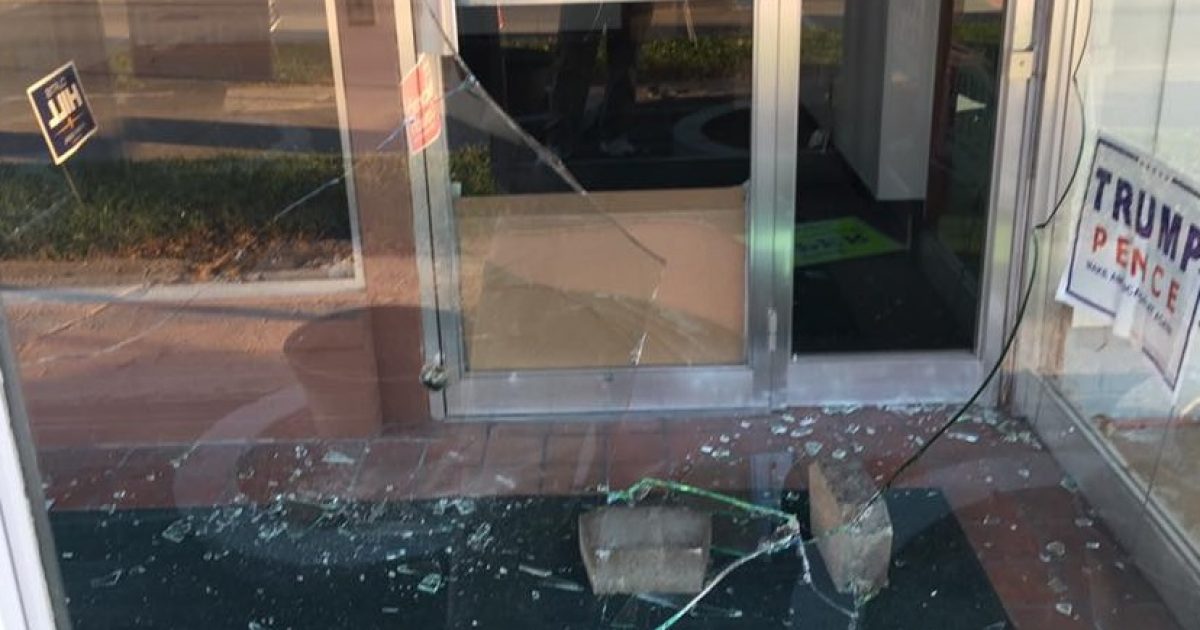 A second GOP field office has been vandalized in the final weeks leading up to the presidential election. This incident follows a GOP field office in central North Carolina firebombed just days earlier.

An Indiana Republican Party office was vandalized last week after someone tossed two bricks through the window, officials said Monday. Signs for presidential nominee Donald Trump and Rep. Todd Young were hanging in the window of the Delaware County office on Oct. 8 when the landscaping bricks were tossed through the glass, officials said in a Facebook post.

Officials said it would cost about $1,200 to replace the window and those interested in helping out with the cost could donate online. Delaware County Sheriff Ray Dudley said that there have been numerous reports of campaign signs being stolen from yards in Yorktown and Mount Pleasant Township, according to Fox 59.

When the Left can’t win with facts, they destroy with bricks and torches.