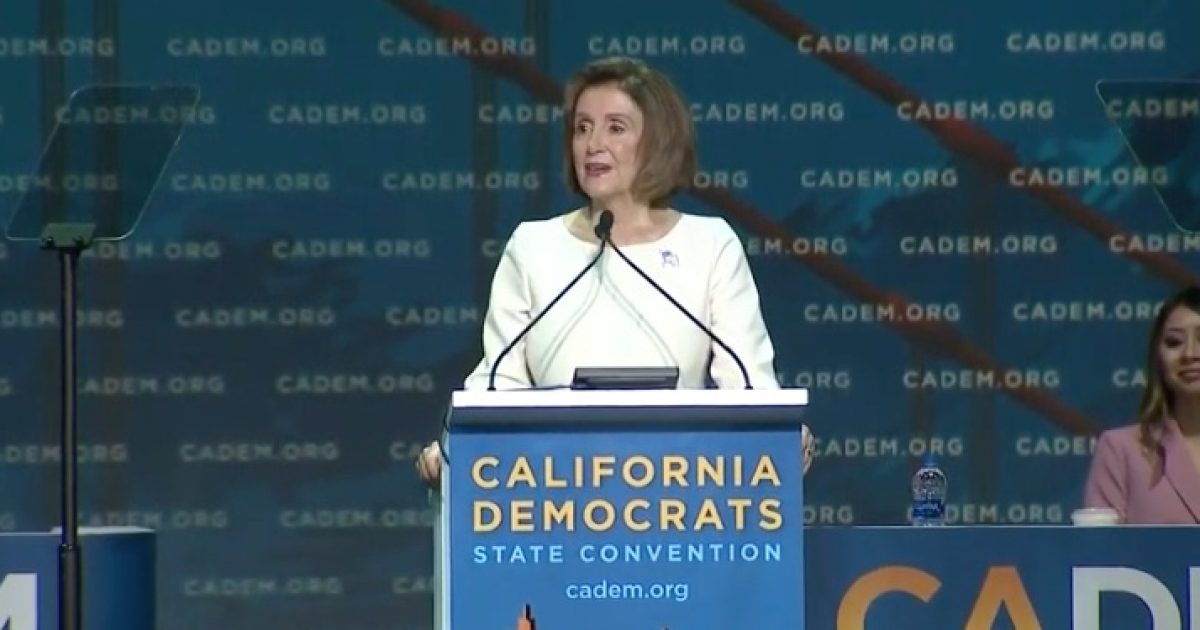 Radical members of the Democrat party are making their voices heard loud and clear in support of far-reaching liberal policies.

That’s what some Democrat politicians found out the hard way at the annual California Democratic Convention held last weekend in San Francisco.

House Speaker Nancy Pelosi spoke at the event and mentioned President Trump, special counsel Robert Mueller’s report on the Trump-Russia collusion, and vowed there would be more investigations.

“With the power of the gavel we will continue to legislate to make progress for the American people, but we will also investigate to defend our democracy this president and his administration have cowered on…”

Judging by the crowd’s response, things didn’t go quite as Pelosi planned.

Pelosi was interrupted by the crowd with chants calling for the impeachment of President Trump.

Pelosi was already having a tough time reining in her House colleagues over demands for impeachment proceedings against President Trump and now she has the radical Democrat base to grapple with.

The crowd went a step further responding to Hickenlooper’s thoughts on socialism virtually booing him off of the stage.

“Socialism is not the answer”

Former Maryland Representative John Delaney was also booed for his opposition to Medicare for all.

Since there’s so many people running for President (& not enough for Senate), instead of obsessing over who‘s a “frontrunner,” maybe we can start w some general eliminations.

This awful, untrue line got boo’ed for a full minute.

John Delaney, thank you but please sashay away ?? https://t.co/0RDOwbfcgv

However, missing from the fold was the front-runner and former Vice President Joe Biden, a no-show, and not surprising because he’s not radical enough for the Democrat party’s extreme base.

The verbal fireworks in San Francisco were the latest sign that the left wing of the Democratic Party is in no mood to see Biden – derided by many of them as a centrist establishment Democrat – become the party’s standard-bearer in 2020.

Looks like Democrat politicians not leaning far-Left enough will face substantial pushback and criticism from the party’s radicals as the 2020 presidential election approaches.

What happened at the California Democratic Convention is just a sample of things to come if the Left-wing mob doesn’t agree with Democrat politician’s policies and ideas.