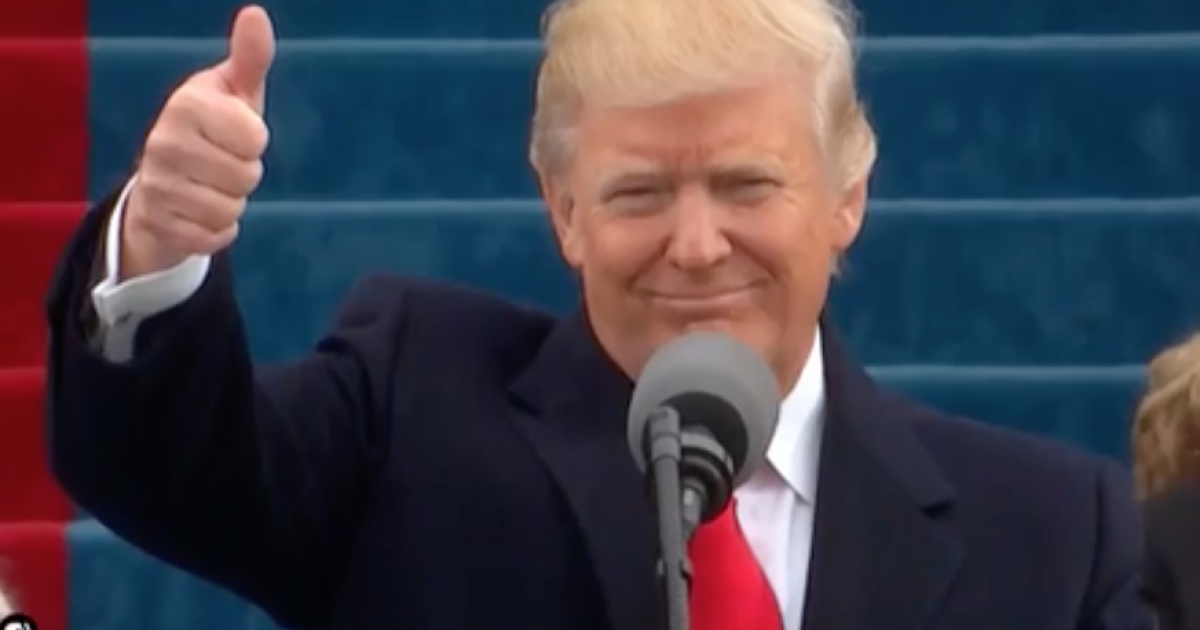 President Trump’s inaugural speech was focused on the Amercian people.

Trump made clear the election was not about him but about the people when he said, “This moment is your moment, it belongs to you. It belongs to everyone gathered here today and everyone watching all across America.”

Strikingly different than President Obama, Trump didn’t focus on himself but the American people and frequently used “we” instead of “I.”

The Daily Caller reported on the contrast:

In contrast to his predecessor Barack Obama, who had a habit of mentioning himself often throughout his speeches, Trump mentioned himself just three times in two sentences, while referring to “we” the American people 45 times.

The first time Trump referred to himself came about halfway through the speech, when he said: “The oath of office I take today is an oath of allegiance to all Americans.”

And when he did refer to himself it was to make a forceful promise to Americans.

“I will fight for you with every breath in my body – and I will never, ever let you down.”

Trump’s speech made it clear it’s a new day in America and he is committed to “Make America Great Again.”