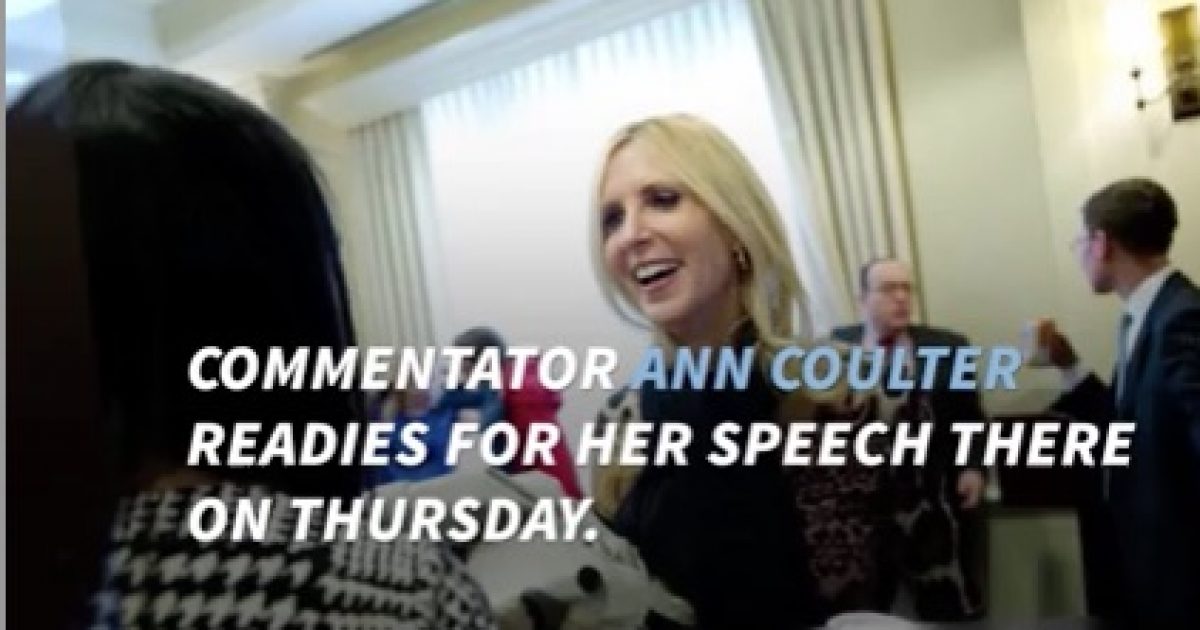 Free speech does not exist on many college campuses across the U.S.

The mere appearance of a conservative speaker at campuses causes protests and riots.

Conservative author Ann Coulter is challenging the anti-free speech mob this week with her planned speech at the University of California at Berkeley.

The University of California at Berkeley is bracing for massive protests and potential violence in an open, public space known as Sproul Plaza after hearing that conservative commentator Ann Coulter plans to give a speech there Thursday.

The state flagship university has become ground zero for an intense confrontation between the far left and the far right since Donald Trump’s election in November, with some protesters trying to stop controversial speakers from appearing on campus and others objecting that such actions violate their right to free speech. Some of the clashes have devolved into riots, leaving the school and city to struggle with how best to balance the free exchange of ideas with community safety.

By definition, universities should welcome all forms of speech as part of the education process.

Unfortunately, since the left can’t defend their positions they resort to intimidation to silence opposing positions and speech.