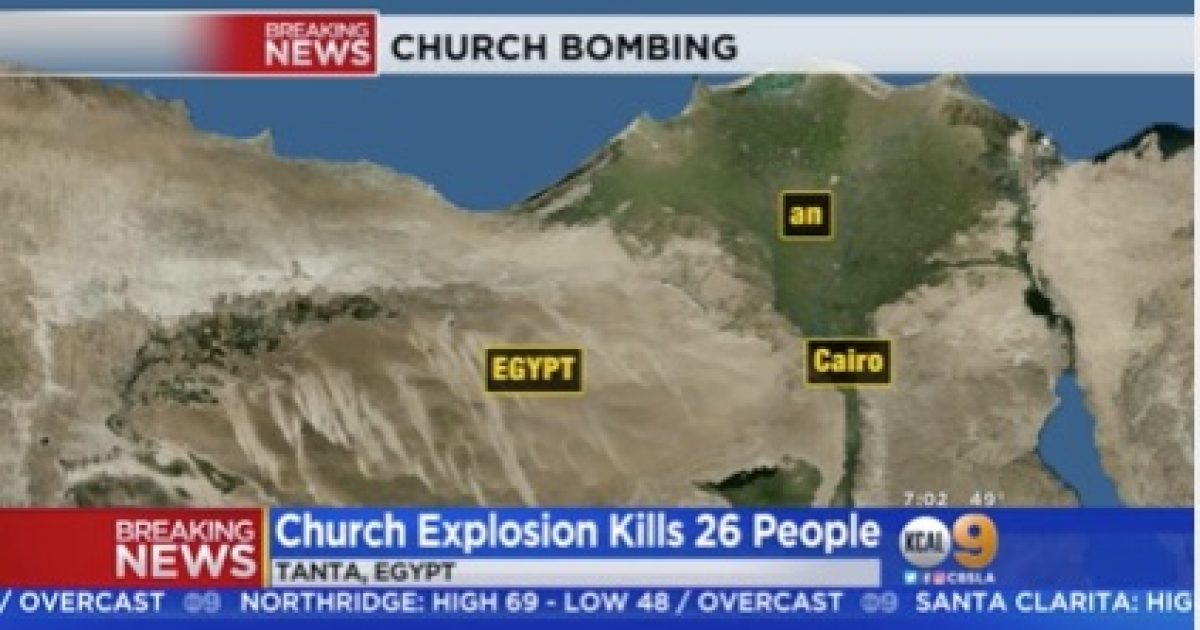 According to Reuters, ISIS claimed responsibility for the attacks that killed at least 43 and injured more than 100.

At least 43 people were killed in bomb attacks on two Egyptian Coptic churches on Palm Sunday that included the seat of the Coptic Pope, the latest assault on a religious minority increasingly targeted by Islamist militants.

Islamic State claimed responsibility for the attacks, which also injured more than 100 people and occurred a week before Coptic Easter, with Pope Francis scheduled to visit Egypt later this month.

The first bombing, in Tanta, a Nile Delta city about 100 km (60 miles) north of Cairo, tore through the inside of St. George Church during its Palm Sunday service, killing at least 27 people and injuring at least 78, the Ministry of Health said.

The second, carried out a few hours later by a suicide bomber in Alexandria, hit Saint Mark’s Cathedral, the historic seat of the Coptic Pope, killing 16 people, including three police officers, and injuring 41, the ministry added.

The spread of ISIS poses a risk to Christians worldwide.