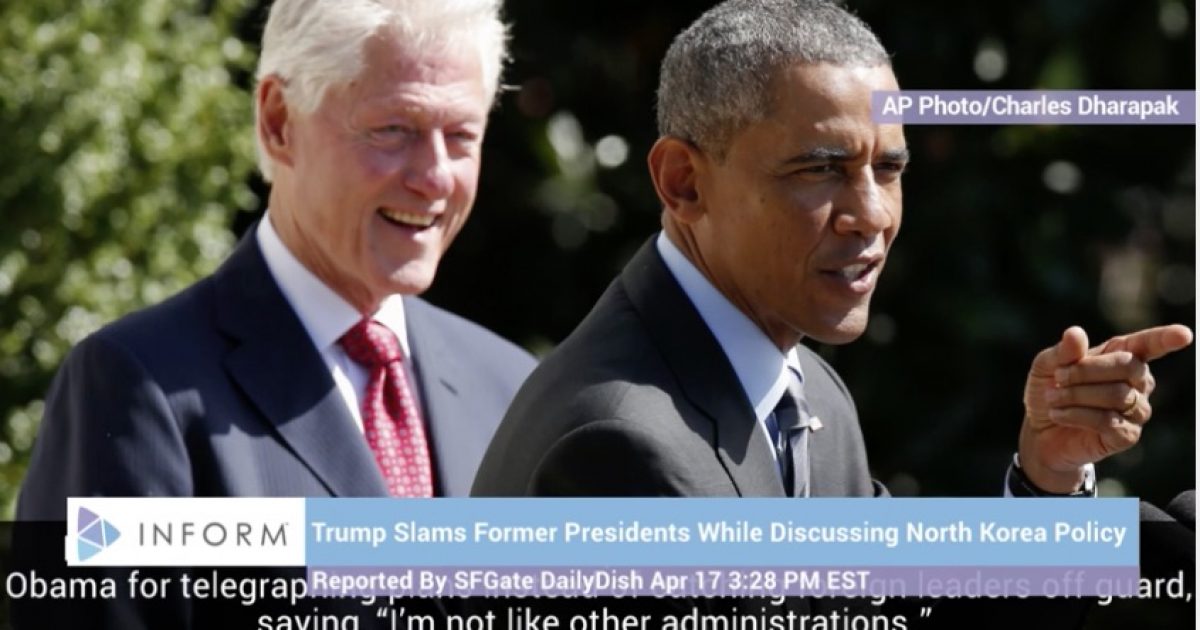 Presidents often inherit problems from prior administrations and that is what happened with the current mess with North Korea.

During an interview on Fox News’ “Fox & Friends” program, President Trump called out former Presidents Clinton and Obama for not challenging North Korea.

“You read Clinton’s book. and he said, ‘Oh, we made such a great peace deal,’ and it was a joke,” Trump said. “You look at different things over the years with President Obama. Everybody has been outplayed.

They’ve all been outplayed by this gentleman,” he continued, referring to North Korean leader Kim Jong Un. “And we’ll see what happens. I just don’t telegraph my moves.”

As we know from our personal lives ignoring a problem only makes it worse.

Unfortunately, the lack of leadership from prior presidents has allowed North Korea to develop a nuclear program and missile effort.

Now North Korea is much closer to making their threats against the U.S. a reality.