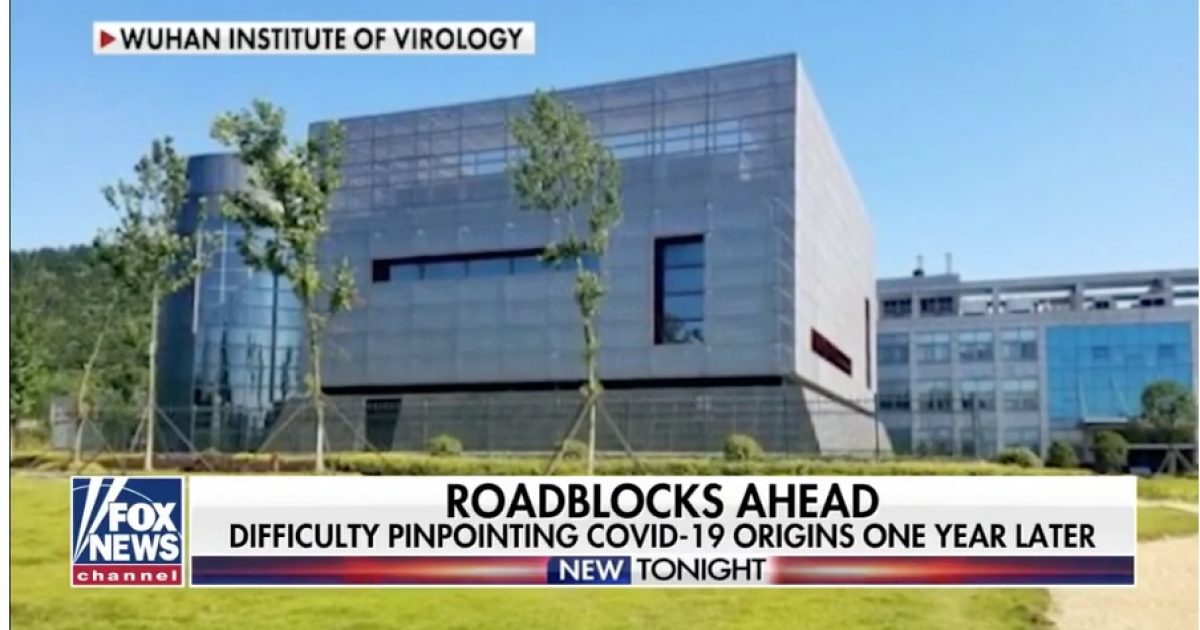 A report by the World Health Organization (WHO) and China on the origins of COVID-19 is receiving bipartisan backlash.

The leaked draft report says the possibility the virus escaped from a lab was “extremely unlikely.”

Jamie Metzl, a former Clinton administration member and a member of the WHO advisory committee, hit back at the WHO and China over their findings on “60 Minutes.”

Metzl was asked, “You’re saying that China did the investigation and showed the results to the committee and that was it?”

Here's a link to the @60Minutes segment on the origins of #COVID19. Hope everyone can now agree we need a full & unrestricted int'l forensic investigation into all origins hypotheses w/ full access to all relevant records, samples, & personnel. @CBSNews https://t.co/SwKnylIYpp

Metzl continued his criticism on social media following his interview.

How could the @WHO/Chinese gov’t joint team possibly call the lab like hypothesis “extremely unlikely“ in their report when they didn’t even bother to look into it or ask the most basic questions?

Peter Daszak, president of non-profit EchoHealth Alliance which received NIH funding to conduct research at the Wuhan Institute for Virology on bat coronaviruses, also appeared on “60 Minutes” and echoed the report’s finding that a lab leak was “extremely unlikely.”

Daszak is also a WHO team member and is leading the COVID-19 origin investigation.

Peter Daszak, a member of the WHO-led inquiry into the origins of the COVID-19 virus and expert on coronaviruses, says the team looked into the theory that the virus originated in an accidental lab leak, but deemed the theory “extremely unlikely.” https://t.co/4RhcMEZcbc pic.twitter.com/uZY3fNhPT3

“Something like 75% of emerging diseases come from animals into people. We've seen it before. We've seen it in China with SARS,” says Peter Daszak. He is an expert on how viruses are transmitted from animals to humans and is looking into COVID’s origin. https://t.co/qxyhw9dnFc pic.twitter.com/h33SKf69YO

Clearly, Daszak has a significant conflict of interest.

Dr. Tom Borelli, a molecular biologist, routinely slammed Daszak over his conflict of interest and was recently blocked by Daszak on Twitter for exposing his substantial salary from his non-profit.

Unbelievable! Peter Daszak has a huge conflict of interest – he funded the Wuhan lab w US grant money & 60 Minutes let him off the hook! https://t.co/hucjd6ftGB

So Peter Daszak just blocked me 4 exposing his huge 2 yr salary of abt $800,000 from his non-profit. He helped fund Wuhan virus lab w ⁦@NIH⁩ ? & has a massive conflict of interest – he is investigating the origins of #Covid in China. Science used to be abt transparency… pic.twitter.com/KXgxYud2Dp

Borelli appeared on NewsmaxTV to respond to the “60 Minutes” interview.

.@tomborelli reacts to an interview confirming there was no repercussions for China after they did an investigation.

“That doesn’t matter because Biden is actually funding the W.H.O. and they’re involved in doing this report.” https://t.co/6psrdu4pta pic.twitter.com/Nf72Lb0ty5

Former director of the Centers for Disease Control and Prevention Dr. Robert Redfield appeared on CNN and slammed China over their mishandling of the virus.

“It seems to me that some of the information is people are not being transparent about it. I could use the word ‘cover-up,’ but I don’t know that so I’m not going to speculate that.”

Shame on 60 minutes for not mentioning so many thing including:

It’s crucial for the world to have answers about the origins of COVID-19, however, the WHO, China, and Daszak are making it impossible to get to the truth.

President Biden needs to step up and challenge China over the way the country is essentially producing propaganda surrounding the origins of COVID-19 but he is too weak of a leader to do what is necessary to protect U.S. interests.