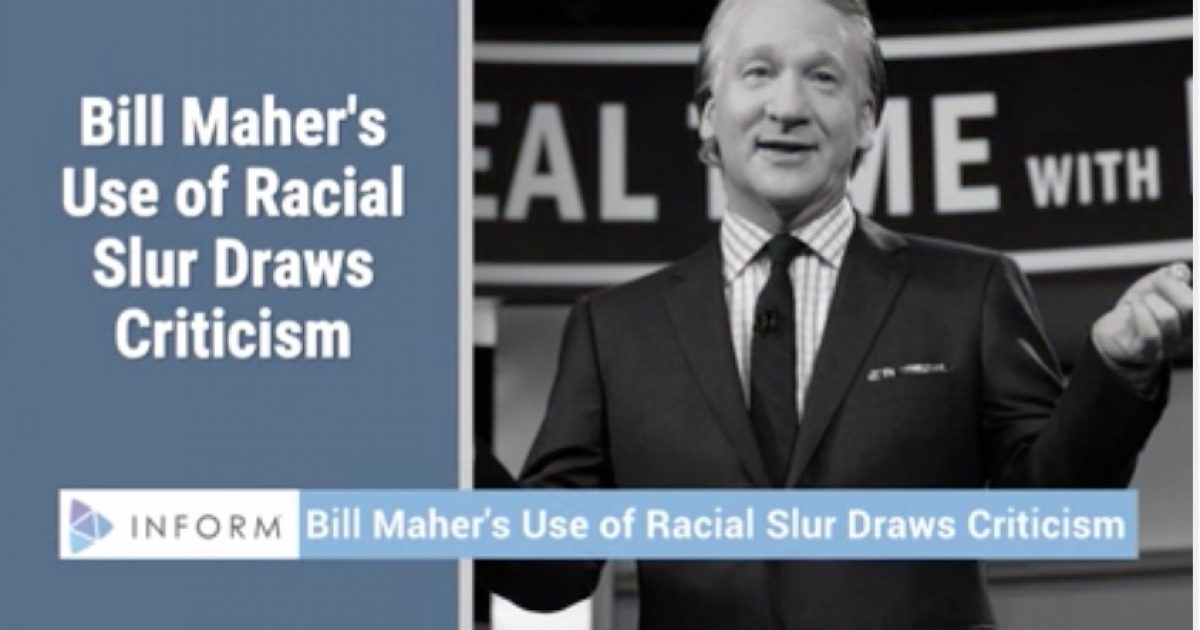 HBO’s Real Time host Bill Maher is under fire for using the N-word.

Maher was talking with Senator Ben Sasse (R-NE) when the host made the comment.

Discussing his new book on Real Time with Bill Maher on Friday evening, Sasse told Maher he would be welcome in Nebraska as “we’d love to have you work in the fields with us”.

The audience laughed and groaned, with some applause. Sasse kept quiet, before Maher said: “No, it’s a joke.”

DeRay McKesson, a Black Lives Matter activist and former Baltimore mayoral candidate, led the criticism on social media. “Bill Maher has got to go,” he wrote. “There are no explanations that make this acceptable.”

In addition to McKesson, Al Sharpton criticized Maher as well.

Over the years, Maher has made many offensive comments that alienated the right but using the N-word he also managed to upset the left.

Maher apologized but time will tell if it will be enough.