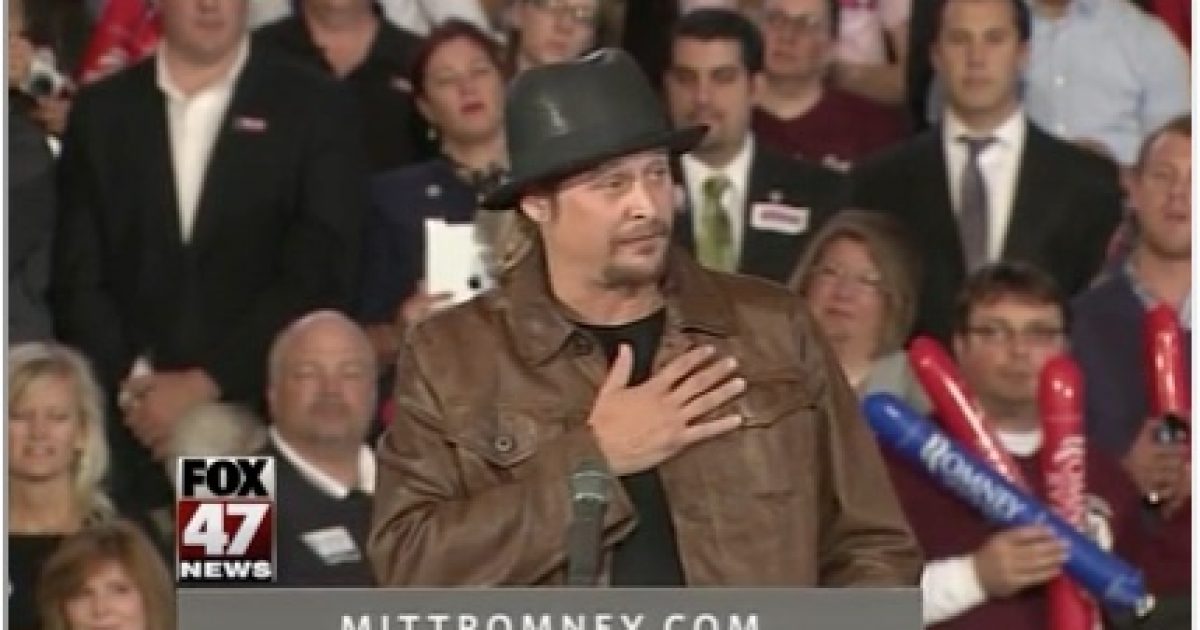 Warren is raising concern because of the threat posed by nonpoliticians running for office and she used President Trump as an example.

“I know a lot of people are thinking: this is some sort of joke, right?” Warren wrote in an email blast with the subject line “Senator Kid Rock (R-MI).”

“Well,” she said, “maybe this is all a joke — but we all thought Donald Trump was joking when he rode down the escalator at Trump Tower and announced his campaign, too.

“And sure, maybe this is just a marketing gimmick for a new album or tour — but we all thought Donald Trump was just promoting his reality TV show, too,” she added.

Funny how the political establishment gets concerned over threats to their monopoly on power.