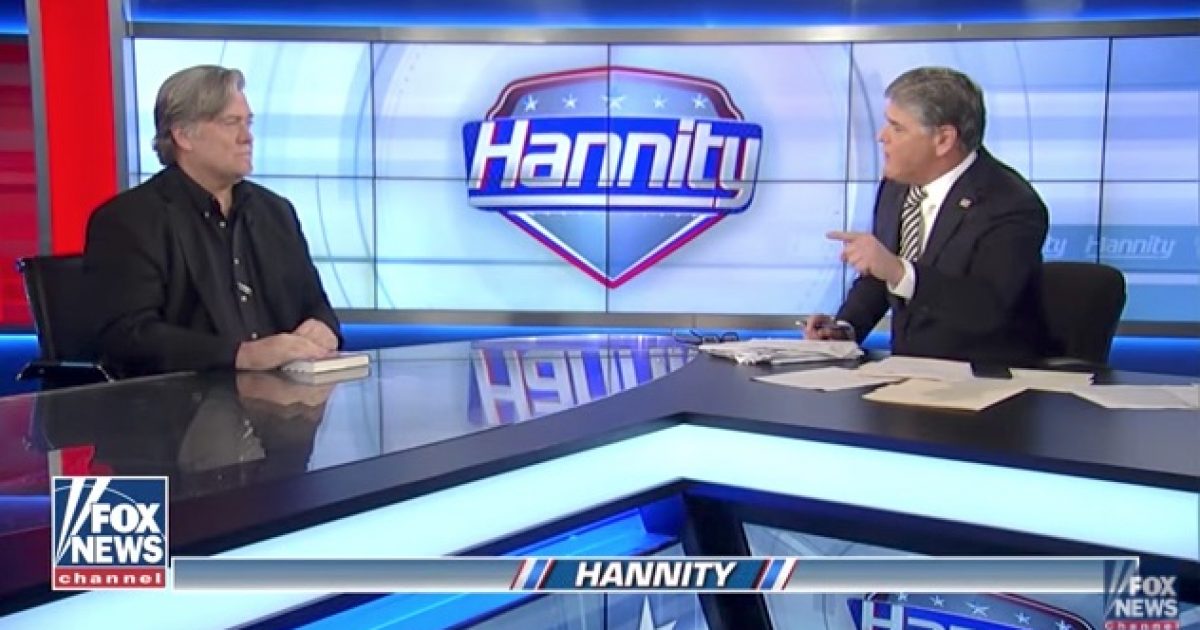 In an interview last night on Fox News’ “Hannity,” Bannon made it clear he is going to challenge the weak-kneed Republicans in Congress. Bannon mentioned a few Republicans by name including Senate Majority Leader Mitch McConnell (R-KY) and Senator Bob Corker (R-TN).

Bannon said he is declaring “war” on the Republican establishment and those that don’t back what President Trump ran on. He said there is a “new game in town” and promised to “cut off the oxygen” to Senate Majority Leader Mitch McConnell and stop his fundraising for establishment candidates. Bannon said any person running for the Senate in 2018 that wants his support must oppose McConnell as the Republican Leader.

Bannon was not holding back and used powerful soundbites saying Republicans waged “economic hate crimes” against the “forgotten man.”

Bannon also called on Sen. Bob Corker to resign immediately. He said McConnell, Corker and the entire “establishment global clique” on Capitol Hill have to go.

“He is so arrogant. He is such an elitist snob. He’s the swamp. The Senate hasn’t done a thing, Steve, nothing,” Hannity said of Corker.

Bannon’s comments is a wake-up call to the liberal Republicans that run Congress.

The question is will Bannon’s focus on upcoming elections burst the bubble where these Republicans reside.