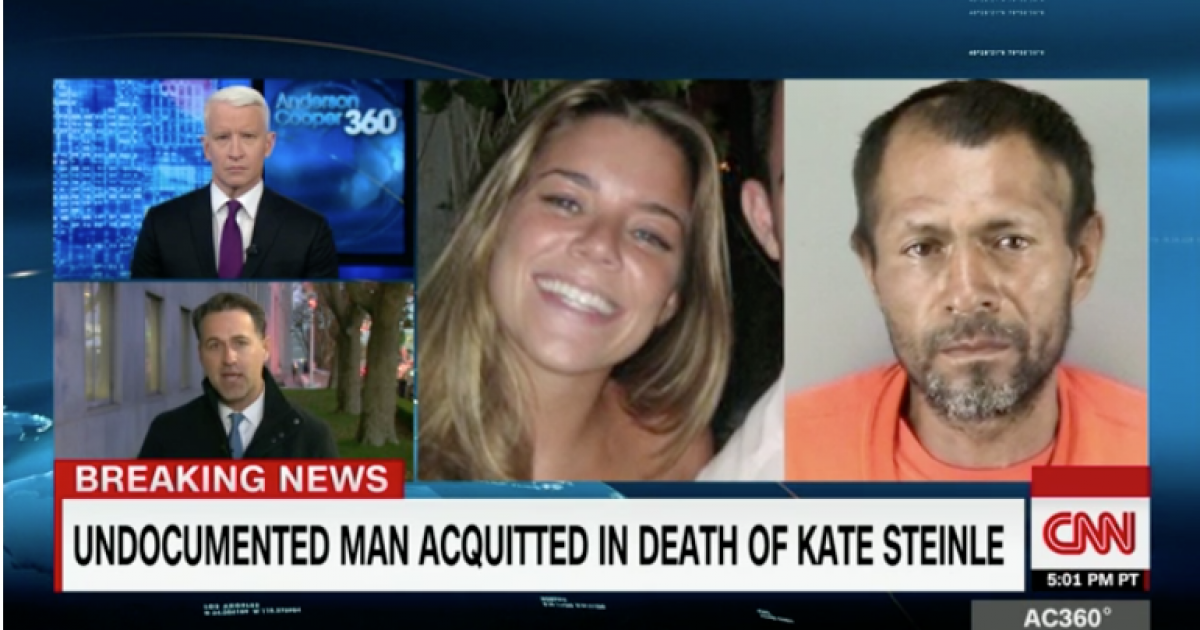 Garcia Zarate was an illegal alien who was deported fives times and a seven-time felon.

An undocumented Mexican immigrant was acquitted of murder and manslaughter charges on Thursday in the killing of Kathryn Steinle, whose death while out walking on a San Francisco pier became a touchstone in the national debate over immigration fueled by Donald J. Trump.

The man, Jose Ines Garcia Zarate, 45, who was also found not guilty of assault with a firearm, was convicted only of being a felon in possession of a firearm after a trial that lasted more than five weeks. His sentence could range from 16 months to three years. Mr. Zarate has already spent more than two years in county jail awaiting trial. A sentencing date had not yet been set.

President Trump reacted to the verdict in a Tweet:

The Kate Steinle killer came back and back over the weakly protected Obama border, always committing crimes and being violent, and yet this info was not used in court. His exoneration is a complete travesty of justice. BUILD THE WALL!

The acquittal will further ignite the political discussion about illegal aliens and border security.