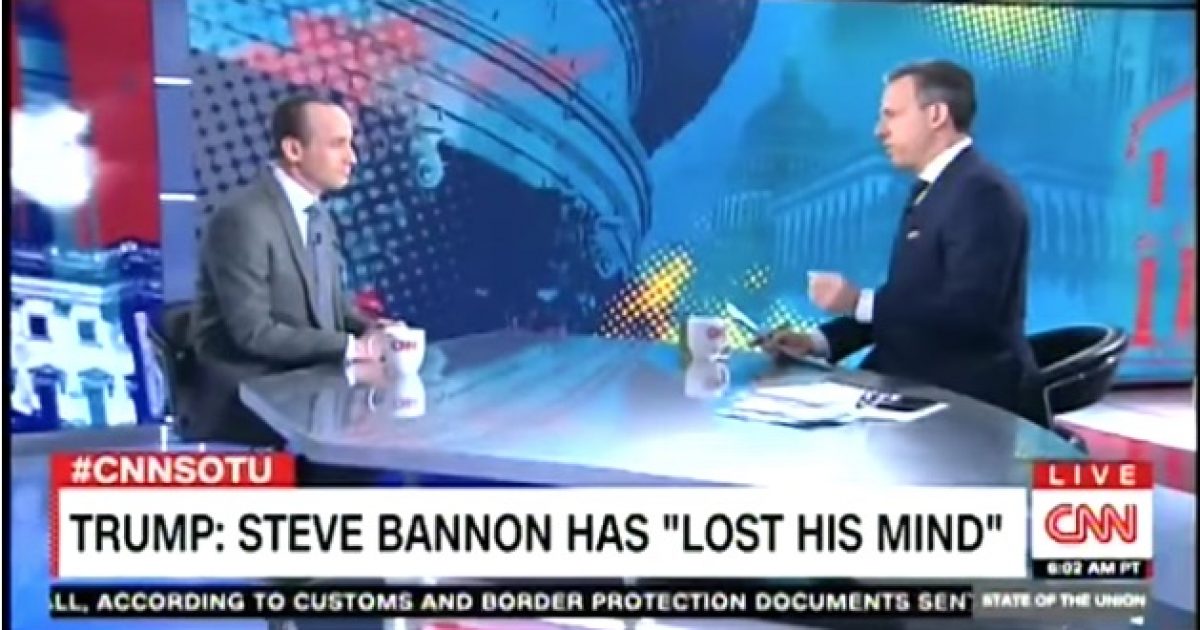 Forget NFL football, there are more fireworks on Sunday news shows than on the football field.

Tapper wanted to talk about former White House strategist Steve Bannon and the shocking comments he made in the new book, “Fire and Fury: Inside the Trump White House.”

When Miller again lavishly praised Trump as a genius and successful businessman, Tapper quipped that “I’m sure he’s watching and he’s happy you said that.”

“You can be as condescending as you want. It’s part of your MO,” Miller said.

Tapper replied he had no idea why Miller was going hard after CNN, and the two men repeatedly spoke over one another. Miller said CNN did “24 hours of negative anti-Trump hysterical coverage” that led to false reporting.

“I think the viewers right now can ascertain who is being hysterical,” Tapper said.

At one point, Tapper told Miller to “settle down.”

Jake Tapper of Fake News CNN just got destroyed in his interview with Stephen Miller of the Trump Administration. Watch the hatred and unfairness of this CNN flunky!