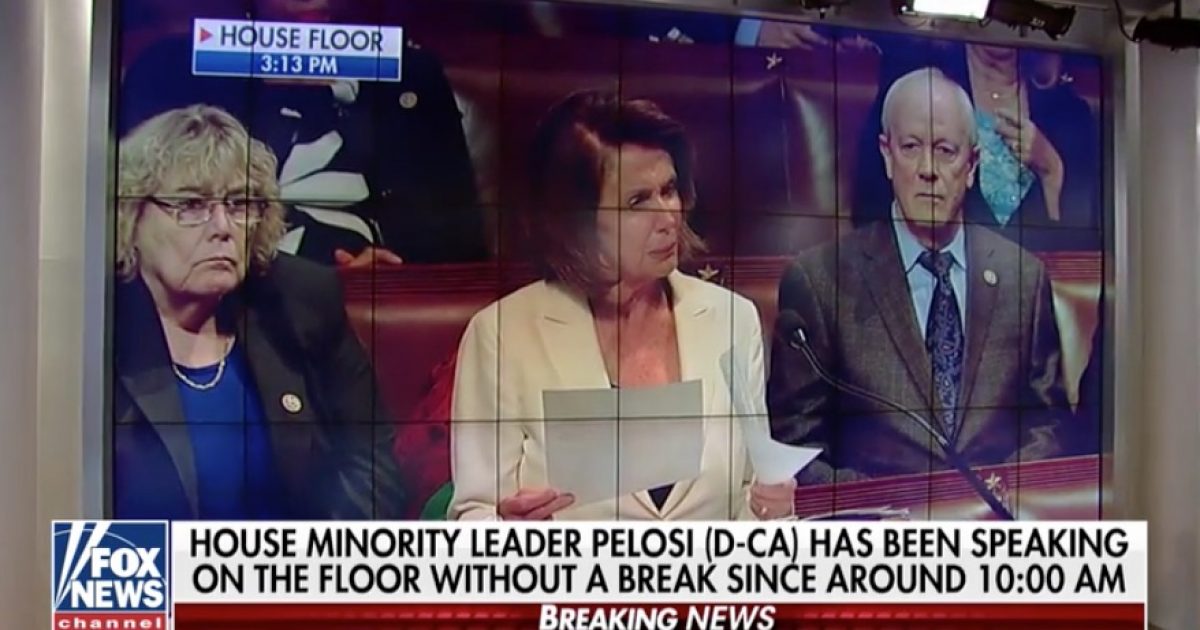 Pelosi took to the House floor yesterday for over eight hours protesting a Senate budget deal and demanding a vote on the Deferred Action for Childhood Arrivals (DACA).

Clad in four-inch heels, Pelosi spoke for eight hours and seven minutes and was given a standing ovation by her Democratic colleagues when she yielded the floor at 6:11 p.m.

During Pelosi’s marathon speech supporting illegal aliens, she stated House Democrats would not support a spending bill package without a plan voting to protect those brought to the country illegally.

Confirmed by Fox News, Pelosi’s speech “was the longest ever on the House floor.”

Too bad Pelosi doesn’t put forth such effort for our Military veterans and for pro-growth policies that would help hard working Americans and their families.