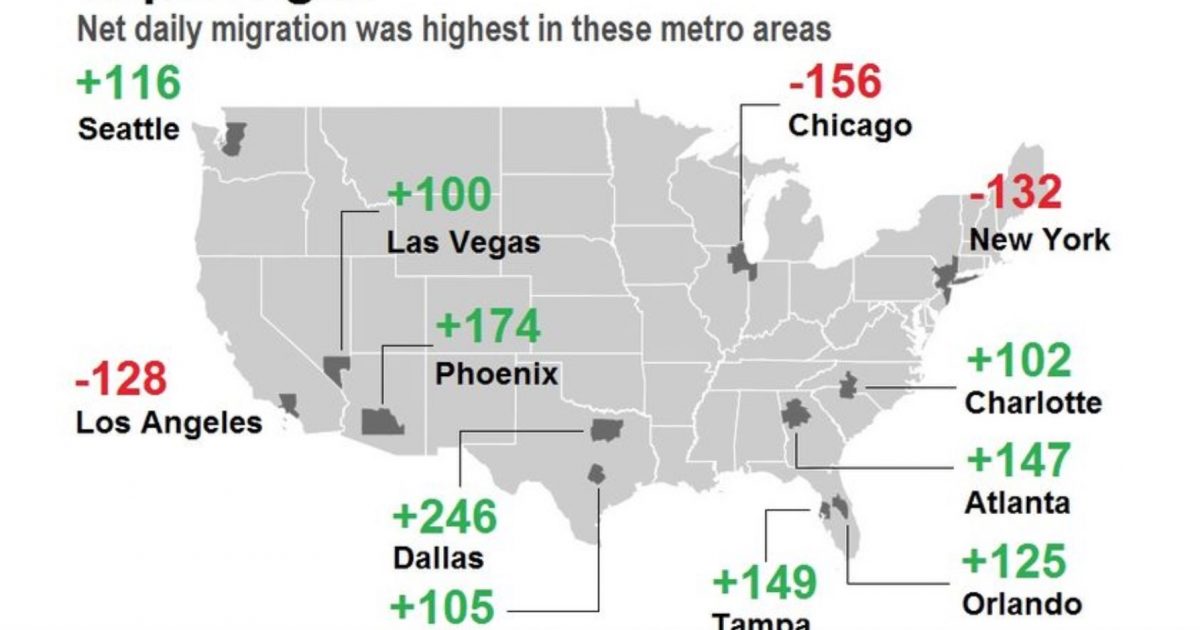 High tax states and cities are seeing a loss in population as people migrate to lower tax areas.

The analysis by Bloomberg was based on 2017 census data.

On the flip side, more than 208,000 residents left the New York City metropolitan area last year. This was nearly twice as many as the second biggest loser, Los Angeles, which had a decline of nearly 110,000. Chicago fell by 85,000. Honolulu, San Jose, New York and Bridgeport, CT lost the highest shares of their residents to other parts of the country.

In Chicago, New York and Los Angeles, the three areas with a triple-digit daily exodus, people are fleeing at a greater rate than just a few years earlier. Soaring home prices and high local taxes are pushing local residents out and scaring off potential movers from other parts of the country.

As the article notes, people are voting with their feet.

Apple said Thursday that it would build a new $1 billion campus in Austin, Tex., where it could eventually employ 15,000 people, amid a broader expansion that will create thousands of jobs in several American cities.

The exodus of people from high tax areas is proof liberal policies are failing.