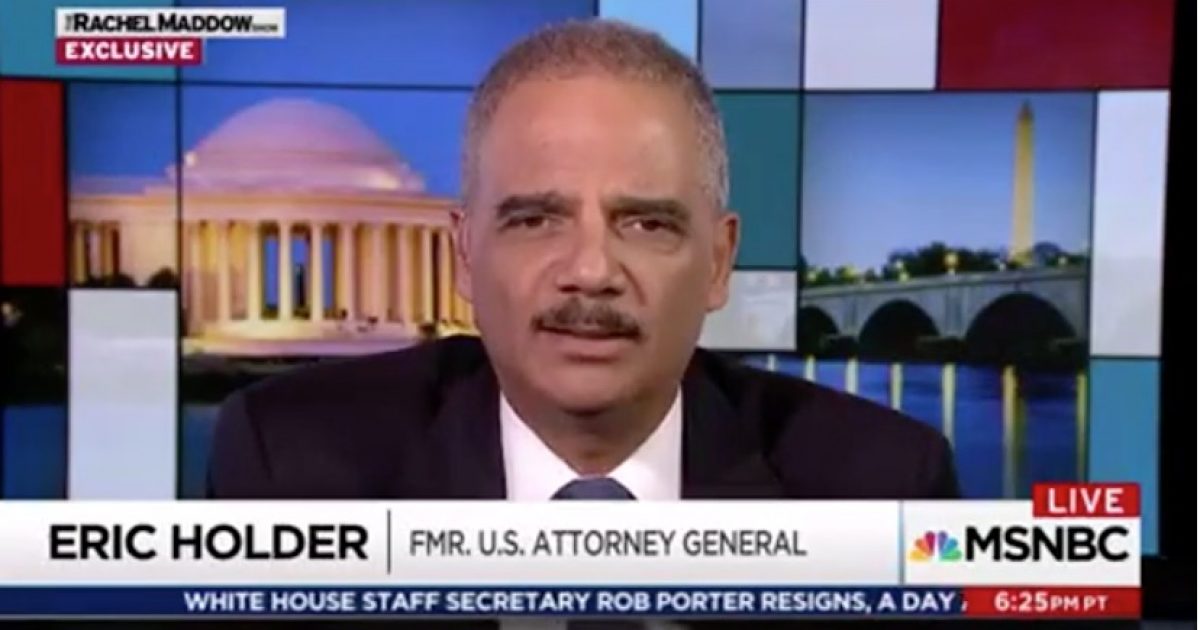 Former Attorney General Eric Holder is gearing up to run for president.

Holder is planning to speak at an event in New Hampshire which is considered the first stop for presidential candidates.

Former Attorney General Eric Holder will make an appearance at the annual New Hampshire Politics and Eggs breakfast hosted by Saint Anselm College and the New England Council, according to a press release.

According to the news story, President Trump and Hillary Clinton also spoke at the same venue.

Holder is also hinting of a presidential run in the media.

Holder said on MSNBC’s “All In with Chris Hayes” this week that he was “thinking about” a run but that he had not made a final decision.

Holder is a huge critic of President Trump and during an interview on MSNBC, he said his children would be better in the White House than the president.

While Holder might have White House dreams, the reality is the former attorney general is a polarizing and controversial figure.

In 2012, the House of Representatives voted to hold Holder in contempt of Congress for failing to address Congressional requests over the Fast and Furious scandal.

Holder also failed to prosecute members of the New Black Panther Party in regard to voter intimidation.