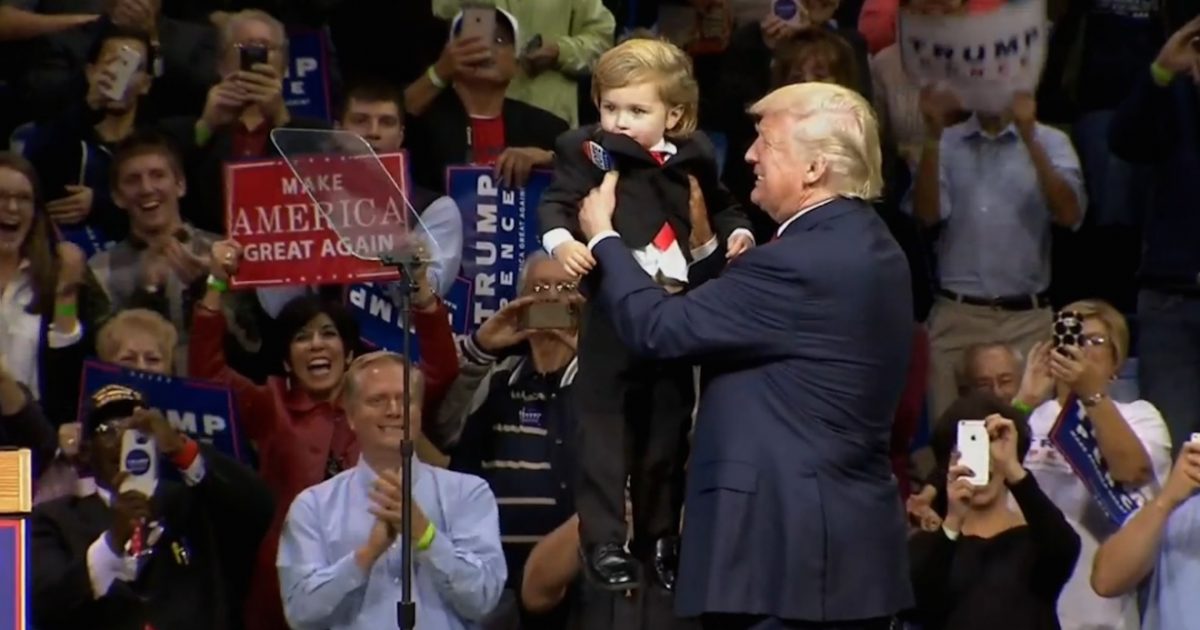 Halloween came early this year for a little toddler in Wilkes-Barre, Pa, when he joined Donald Trump on stage in a suit and a familiar looking wig…..

Donald Trump met a miniature version of himself while campaigning in Wilkes-Barre, Pa., Monday evening. The Republican nominee took the stage at a rally alongside a little boy, dressed to the nines in a suit and sporting a blonde wig, similar to the billionaire businessman’s hairdo. He held the toddler up for all to see.

I don’t care who you’re voting for, you have to agree: this little kid is adorable.