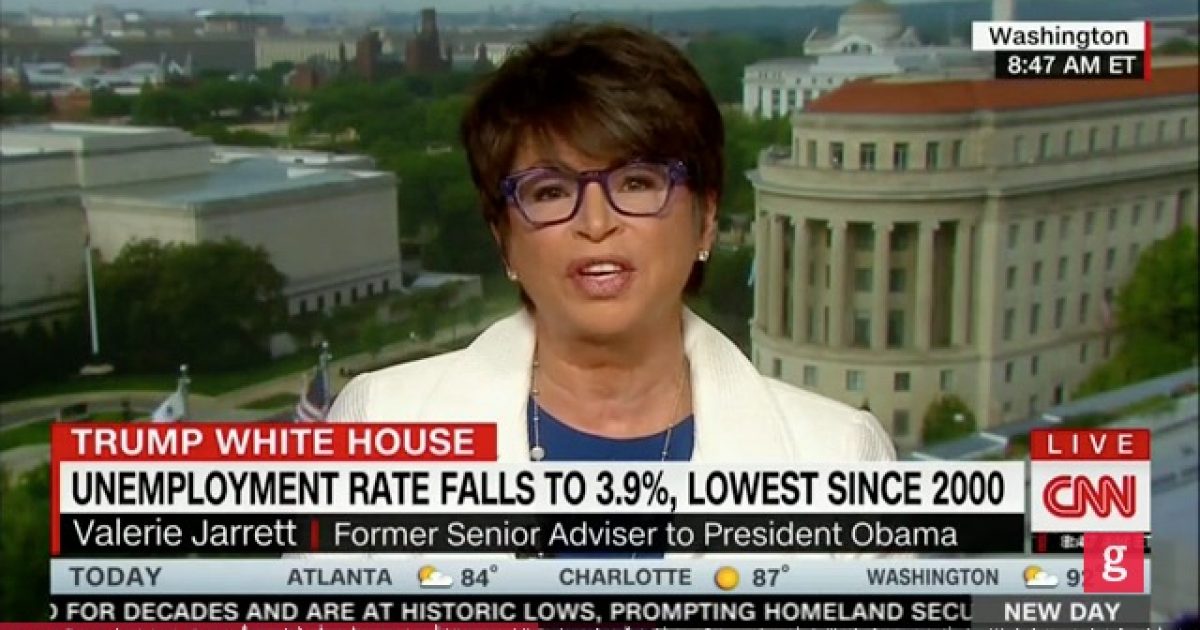 Jarrett is a long-time friend of former President Obama and served as a senior advisor in the White House.

During an interview on CNN, Jarrett said:

“Look, I think we have to look at it over a longer horizon than that. If you think about what the economy was like when President Obama took office, we were losing 750,000 jobs a month. Under his watch the unemployment rate dropped in half and it’s encouraging to see that we’re continuing to make progress. We want to see wages go up and I think that’s an important focus and I was glad to see you talk about that too. So for the workers out there who are back to work today, I think it’s very encouraging.”

Democrats are worried that the good news regarding the economy and job creation will negatively impact their political prospects for the upcoming midterm elections.

The unemployment rate for black workers hit the lowest on record in April, according to the latest jobs figures released by the Bureau of Labor Statistics Friday.

The unemployment rate for black workers dropped to 6.6 percent, beating the previous record low of 6.8 percent set in December.

Democrats are hoping to take control of Congress but the growing economy and lows in unemployment rates are working against their plans.

Accordingly, the best Democrats can do is try to give former President Obama credit for the low unemployment rates.