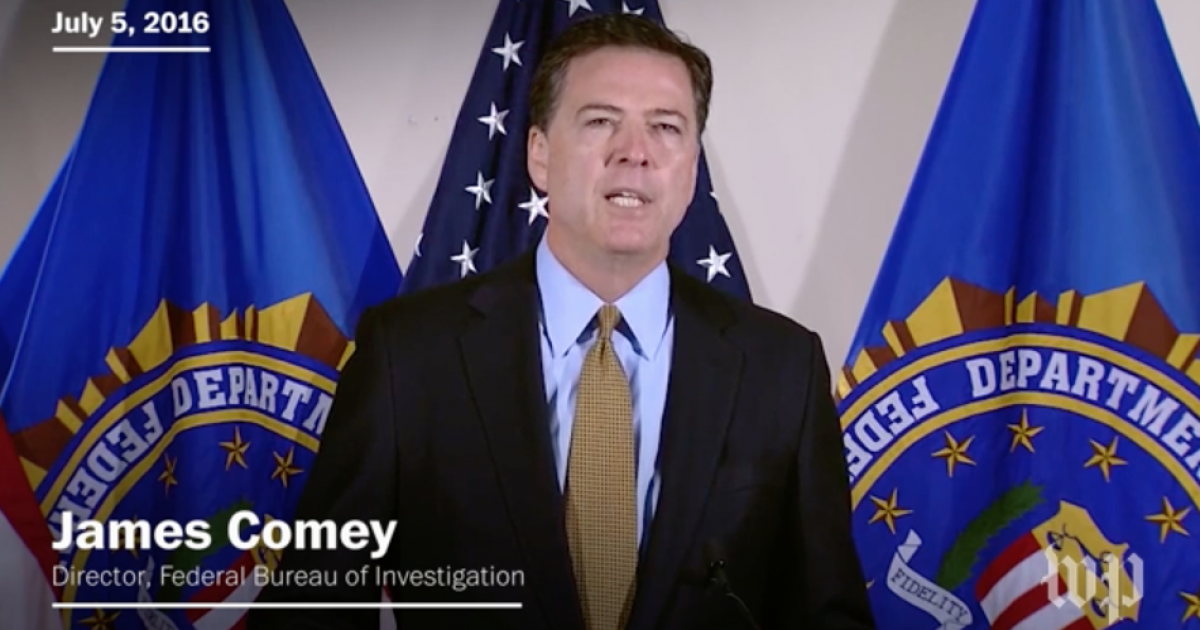 The Inspector General report on the way the Department of Justice and the FBI handled the Hillary Clinton email investigation was released and its findings are very critical of former FBI Director James Comey and senior officials at the FBI.

The Justice Department inspector general on Thursday castigated former FBI Director James B. Comey for his actions during the Hillary Clinton email investigation and found that other senior bureau officials showed a “willingness to take official action” to prevent Donald Trump from becoming president.

The 500-page report, documenting major missteps in one of the most politically charged cases in the FBI’s history, provides the most exhaustive account to date of bureau and Justice Department decision-making throughout the investigation of Clinton’s use of a private email server, particularly in the months just before she would lose the presidency to Trump.

While the report failed to find, “no evidence that the conclusions by department prosecutors were affected by bias or other improper considerations,” it did reveal biased text messages:

Perhaps the most damaging new revelation in the report is a previously-unreported text message in which Peter Strzok, a key investigator on both the Clinton email case and the investigation of Russia and the Trump campaign, assured an FBI lawyer in August 2016 that “we’ll stop” Trump from making it to the White House.

“[Trump’s] not ever going to become president, right? Right?!” the lawyer, Lisa Page, wrote to Strzok.

So, on one hand, there was no bias but on the other hand, FBI agent Strzok – a key figure in both the Hillary Clinton email probe and the Russia collusion investigation – promised to prevent the election of President Trump.

A full reading of the report will hopefully clarify the inconsistencies mentioned above.

Comey responded to the release of the report in a Tweet:

I respect the DOJ IG office, which is why I urged them to do this review. The conclusions are reasonable, even though I disagree with some. People of good faith can see an unprecedented situation differently. I pray no Director faces it again. Thanks to IG’s people for hard work.