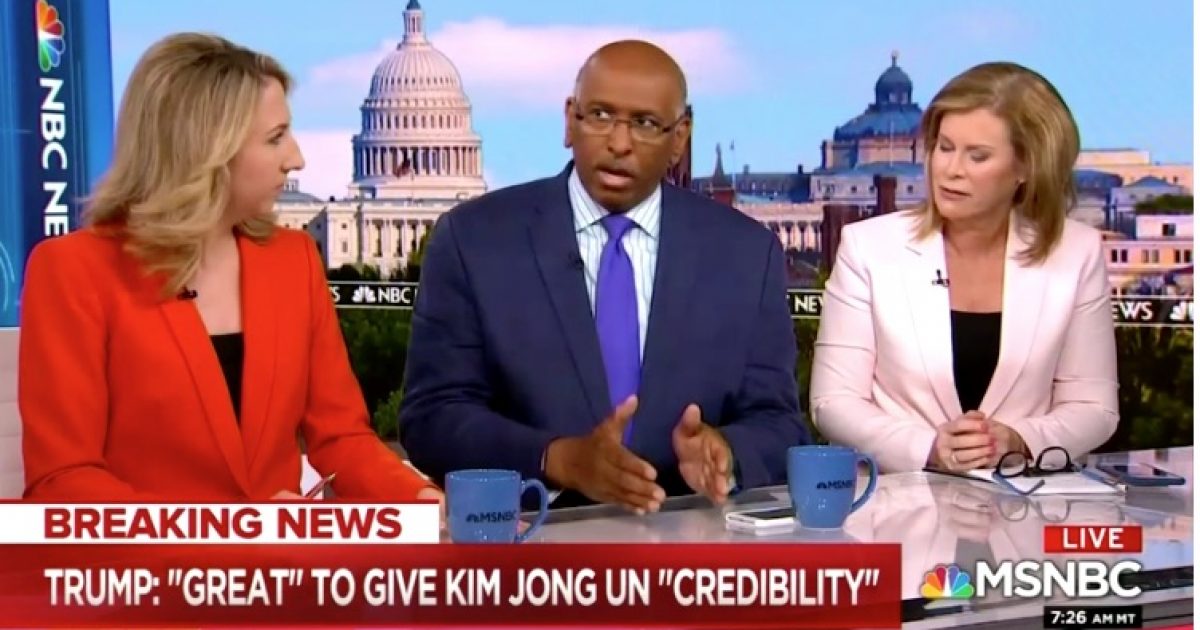 The rhetoric from the left-wing media is going off the charts on border security.

“We can’t find a solution to this problem without harming children? Without putting them into concentration camps?,” Cutter pleaded. Steele doubled down on the extreme rhetoric: “I call this a concentration camp for kids because that’s exactly what it’s turning out to [be]. When you give kids 22 hours of lockup time and two hours of air time, what else can it be?”

The topic of enforcing border security by charging illegal aliens with a crime is a hot-button issue because it results in children being separated from their parents.

Democrats and the left-wing media are ramping up emotions to score political points against President Trump.

MSNBC host Chris Hayes also commented on the detention centers and called them “camps” but stopped short of calling them concentration camps in a Tweet:

They're calling them "tent cities" but yes, they are camps. They're going to construct camps for children. https://t.co/RI3vrJpIhu