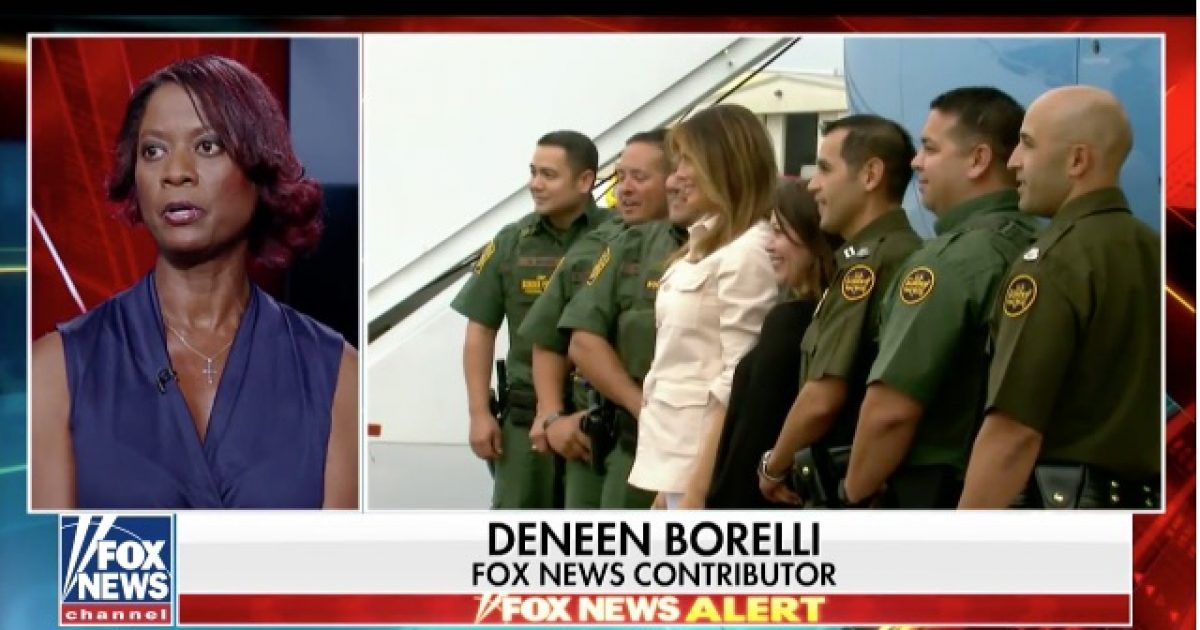 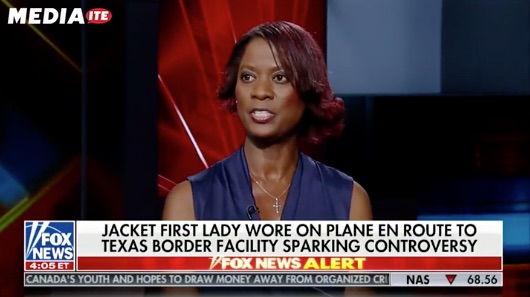 A Fox News contributor hailed First Lady Melania Trump for wearing a jacket en route to visit a child migrant detention center that said “I Really Don’t Care” on the back.

It was a (remarkably) dumb fashion choice for such an occasion, and it’s unclear how the Zara jacket passed through enough of the first lady’s aides to get captured by photographers.

Fox News contributor Deneen Borelli then jumped in with the dumbest take of all.

“I think she’s going after the mainstream media,” Borelli said. “The Trumps can’t do anything right, no matter what the situation is.”

“If anything, she’s pushing back on the media that will not report the progress that this president is making,” Borelli added.

Ironically, Deneen’s comment was supported by President Trump after her segment aired live:

“I REALLY DON’T CARE, DO U?” written on the back of Melania’s jacket, refers to the Fake News Media. Melania has learned how dishonest they are, and she truly no longer cares!