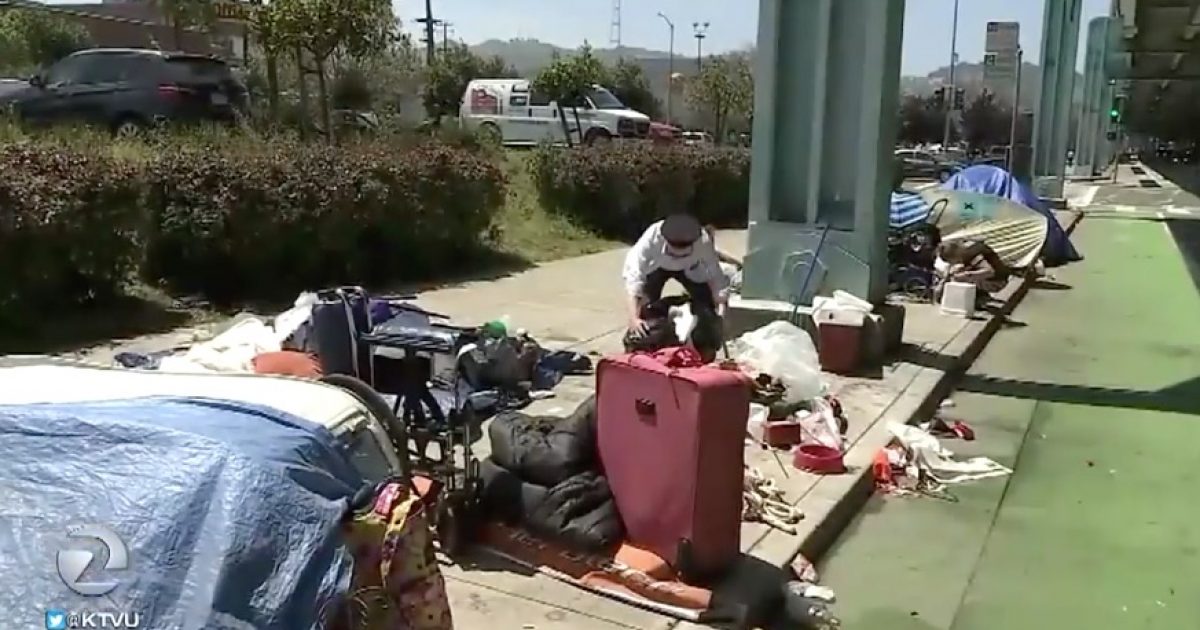 The troubled streets of San Francisco are resulting in a loss of millions of dollars for the city.

San Francisco is a popular city for conventions. However, the consequences of the homeless crisis are making the streets unsafe and unsanitary.

As a result, a major medical association pulled the plug on their annual San Francisco convention “saying its members no longer feel safe.”

“It’s the first time that we have had an out-and-out cancellation over the issue, and this is a group that has been coming here every three or four years since the 1980s,” said Joe D’Alessandro, president and CEO of S.F. Travel, the city’s convention bureau.

The medical convention goers cited fear of walking the streets and personal safety as big concerns.

The doctors group told the San Francisco delegation that while they loved the city, postconvention surveys showed their members were afraid to walk amid the open drug use, threatening behavior and mental illness that are common on the streets.

It didn’t help that one board member had been assaulted near Moscone Center last year.

“There was a time when the biggest obstacle to having a convention here was that it can be expensive, but now we have this new factor,” D’Alessandro said.

In recent years, conventions have hired uniformed off-duty police and private security officers to patrol around Moscone and the nearby hotels.

Tourism is San Francisco’s biggest industry, bringing in $9 billion a year, employing 80,000 people and generating more than $725 million in local taxes — conventions represent about $1.7 billion of the business.

Unsanitary conditions due to an increase in feces left on the streets is a significant concern.

Last weekend, 20 pounds of feces were left on a street corner in San Francisco.

Nancy Alfaro, a spokesperson for 311, says three reports of the human waste at the corner of Cedar and Polk were made to the city’s customer service number and app on Saturday.

“The customers did report a large amount of waste,” Alfaro says. “It was sent to Public Works.”

Alfaro says while reports of human waste are common, this large of an amount is “not typical.”

She “has no idea” why the bag was left in the neighborhood.

It’s not known whether the feces were human or animal waste.

The waste is largely linked to the thousands of people living in the city without housing and without access to public restrooms.

It’s estimated the annual medical convention brings in 15,000 attendees over the course of five days and an estimated $40 million to the city’s economy.