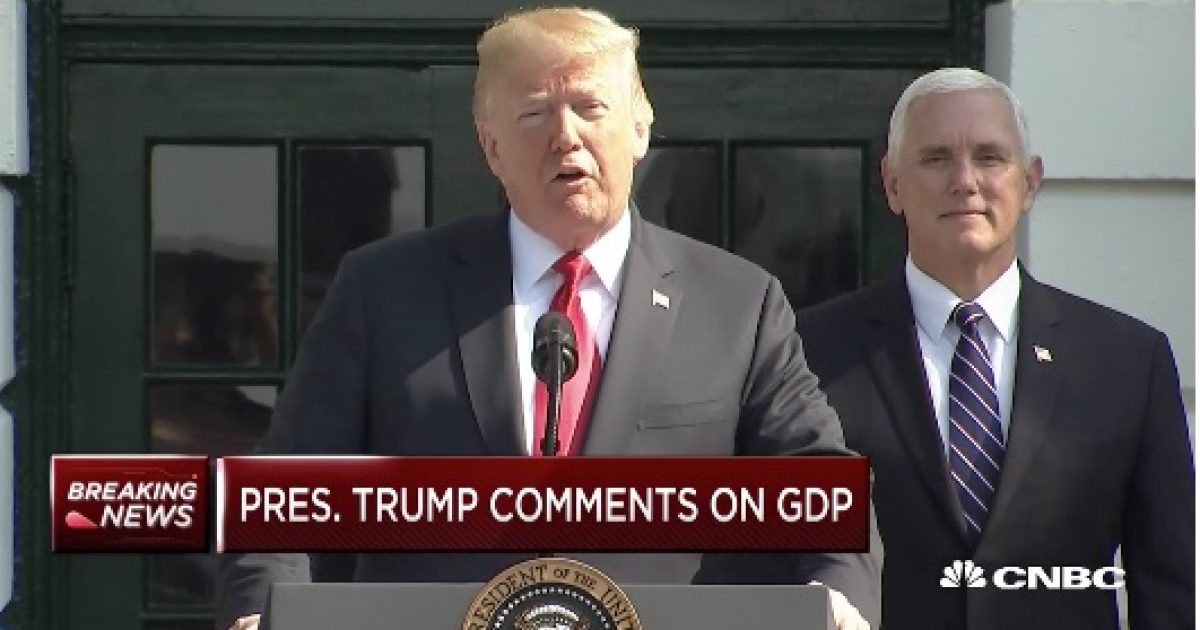 The U.S. economy grew 4.1 percent in the second quarter meeting estimates from economists.

That’s the fastest rate of the growth since the 4.9 percent in the third quarter of 2014 and the third-best growth rate since the Great Recession. In addition to the strong second quarter, the Commerce Department revised its first-quarter reading up from 2 percent to 2.2 percent.

“We’re on track to hit the highest annual growth rate in over 13 years,” President Donald Trump said in remarks an hour after the report hit. “And I will say this right now and I will say it strongly, as the deals come in one by one, we’re going to go a lot higher than these numbers, and these are great numbers.”

President Trump celebrated the economic growth measured by GDP at the White House.

The president compared his economic numbers to those of George W. Bush and Barack Obama.

“During each of two previous administrations, we averaged just over 1.8 percent GDP growth. By contrast, we are now on track to hit an average GDP annual growth of over 3 percent, and it could be substantially over 3 percent,” the president said. “Each point, by the way, means approximately $3 trillion and 10 million jobs.”

President Trump’s economic plan of tax cuts and reducing regulations is boosting the economy which is great news for all Americans.