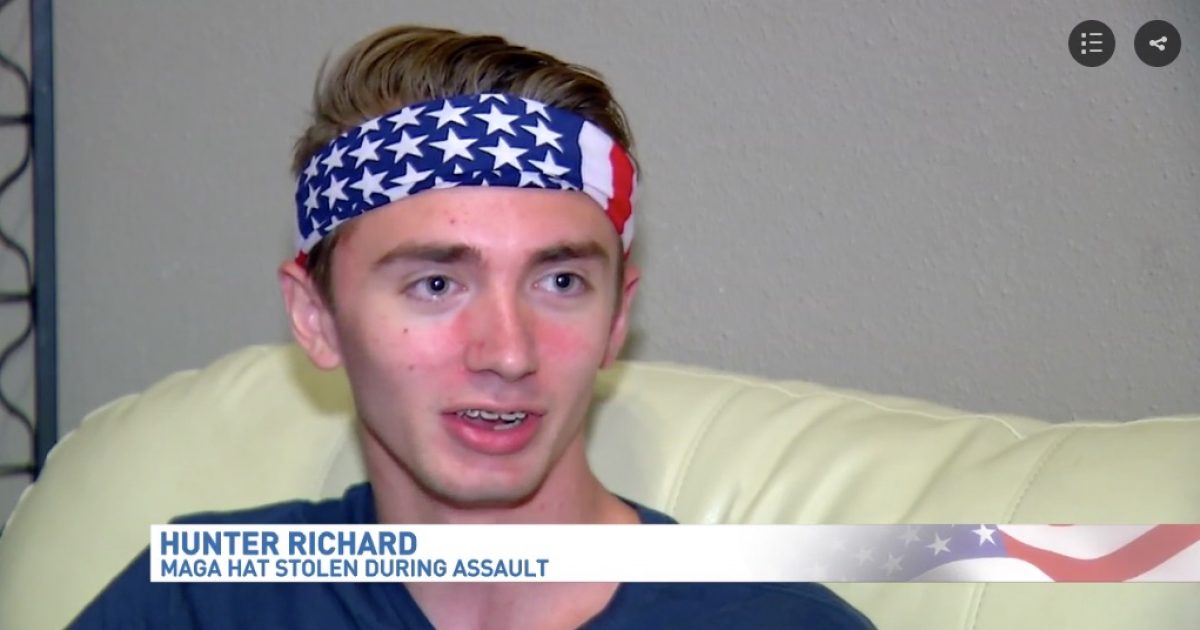 The latest incident involves a 16-year-old assaulted by a man in a Texas fast food restaurant.

In the video, you can see a man throw a drink in 16-year-old Hunter Richard’s face before leaving the restaurant with his hat. Hunter said some of his hair was pulled during the assault.

There have been other incidents involving MAGA hats in recent months. An employee at a Vancouver restaurant was fired after he was accused of asking a customer to remove a MAGA hat if he wanted to be served.

In April 2018, a New York judge dismissed a lawsuit from a man who says he was denied service at a bar in that state because he was wearing a MAGA hat. In that case, the man wearing the MAGA hat, Greg Piatek of Philadelphia, says he was told to leave The Happiest Hour bar in New York’s West Village.

Unfortunately, harassment of President Trump supporters is being encouraged by elected officials such as California Democrat Representative Maxine Waters.