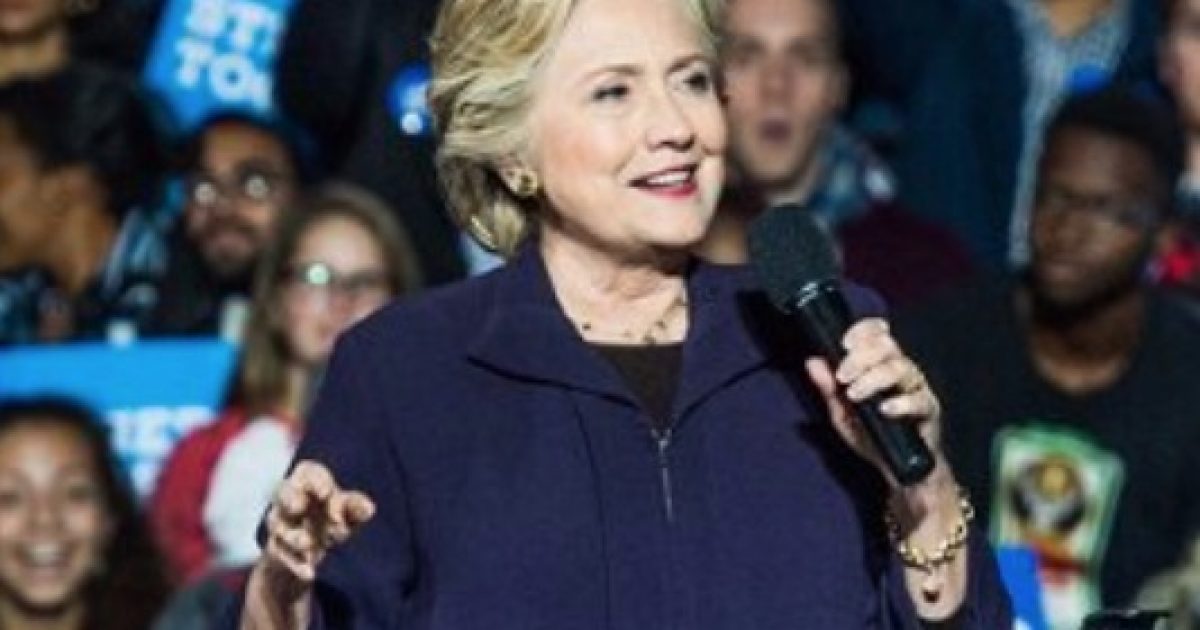 Former presidential candidate Hillary Clinton backed a young girl who was disciplined for protesting the Pledge of Allegiance.

The 2016 Democratic presidential candidate sent the tweet in response to a video post about Mariana Taylor, 11, who said she was disciplined by her teacher at Catsonville Middle School in Baltimore County, Maryland, after she chose to take a knee in protest during the pledge.

It takes courage to exercise your right to protest injustice, especially when you’re 11! Keep up the good work Mariana. https://t.co/vnGheuWyJ0

At the time, she claimed kneeling during the National Anthem was not directed against the American flag.

“Actually, kneeling is a reverent position,” Clinton said. “It was to demonstrate in a peaceful way against racism and injustice in our criminal system.”
She added that the protests are “not against our anthem or our flag.”

Clinton continues to insult patriotic Americans with her defense of actions that are clearly anti-American.

There’s a time and place for protests but kneeling during the National Anthem or the Pledge of Allegiance is neither the time or place.