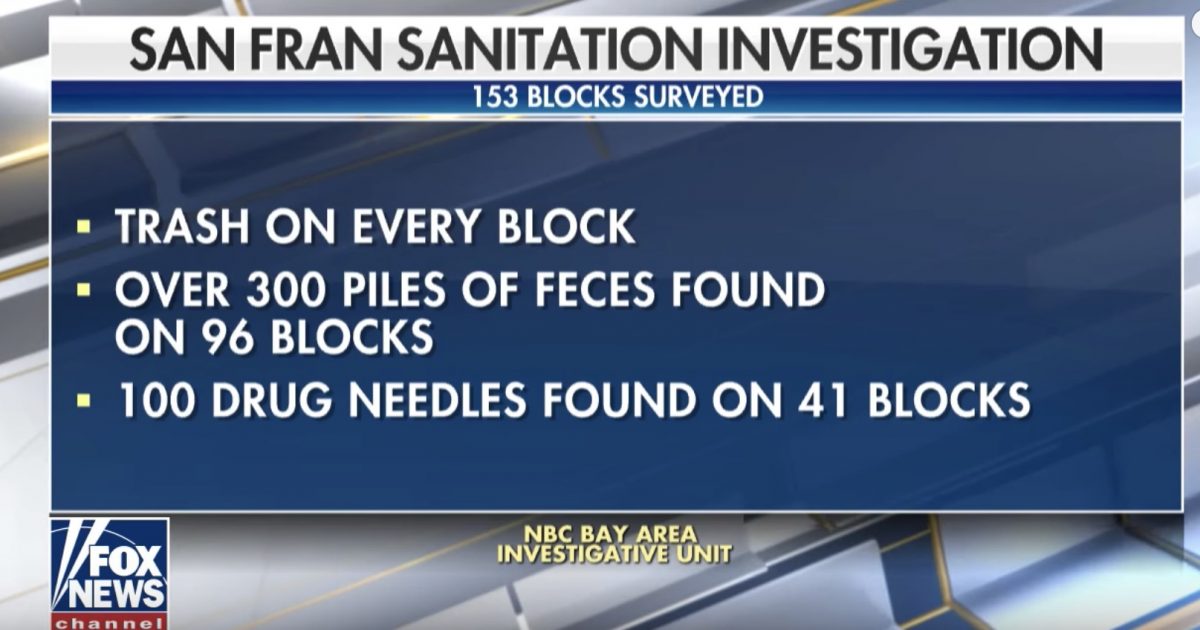 San Francisco, California, is facing a cleanliness crisis on the streets.

Exorbitant housing costs, driven up by big tech and other companies, are forcing many to live on the streets resulting in increased criminal activities and filthy conditions including garbage and human waste.

The conditions are so dire that Hyde Street earned “the dirtiest block in the city” title.

According to city statisticians, the 300 block of Hyde Street, a span about the length of a football field in the heart of the Tenderloin neighborhood, received 2,227 complaints about street and sidewalk cleanliness over the past decade, more than any other. It’s an imperfect measurement — some blocks might be dirtier but have fewer calls — but residents on the 300 block say that they are not surprised by their ranking.

A more common danger are the thousands of heroin needles discarded by users.

The Public Works Department and a nonprofit organization in the Tenderloin picked up 100,000 needles from the streets over the past year. The Public Health Department, which has its own needle recovery program, has a more alarming figure: It retrieved 164,264 needles in August alone, both through a disposal program and through street cleanups.

The streets in San Francisco are so dirty that an app was developed to help with the crisis.

Sean Miller, 24, moved to San Francisco from Vermont after college last year and says he was astonished by the amount of public grime. His “Snapcrap” app was released over the weekend for iOS users and declares itself the “fastest way” to request cleaning in San Francisco.

The photos are passed to the city’s Public Works department, which has its own 311 app to report feces and trash, as well as potholes and graffiti.