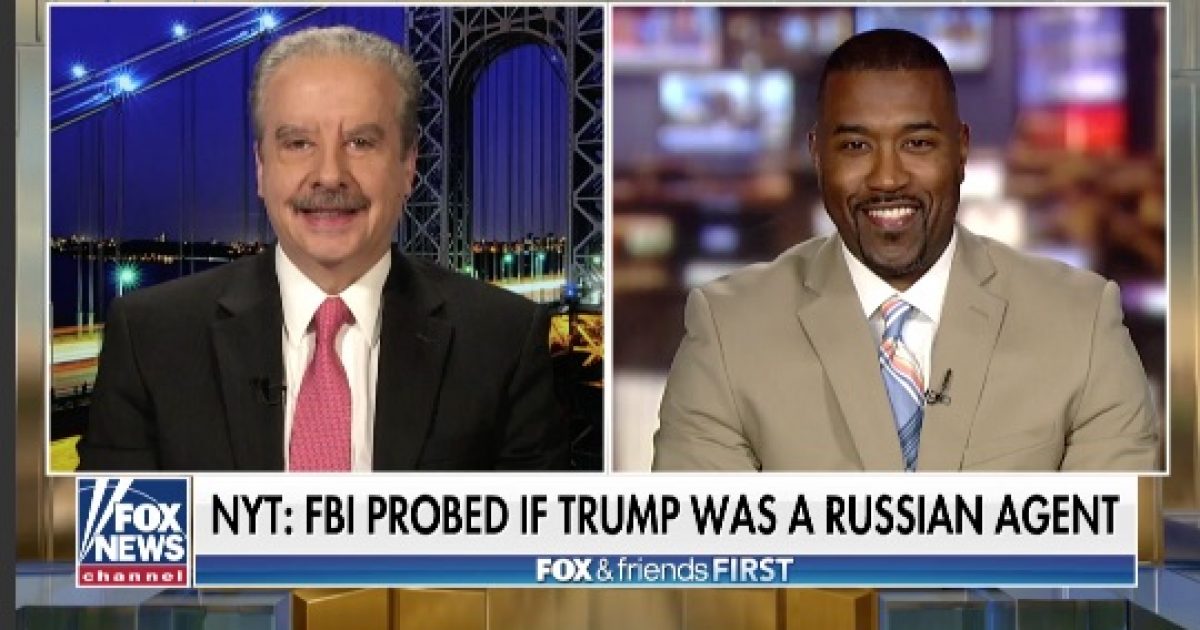 Conservative Review and America’s Voice contributor Tom Borelli Ph.D., and Democratic political analyst Jason Nichols debated the media coverage surrounding a New York Times story that reported the FBI initiated an investigation of President Trump over concerns he might be a Russian agent on “Fox & Friends First,” on Fox News.

The New York Times story, “F.B.I. Opened Inquiry Into Whether Trump Was Secretly Working on Behalf of Russia,” ignited a media firestorm.

The inquiry carried explosive implications. Counterintelligence investigators had to consider whether the president’s own actions constituted a possible threat to national security. Agents also sought to determine whether Mr. Trump was knowingly working for Russia or had unwittingly fallen under Moscow’s influence.

Maxine Waters promoted the claim President Trump is a Russia agent on Twitter:

No surprise the FBI questioned Trump's allegiance to US! He meets w/ Putin 5 times in secret w/ no readout; gave Russians classified info in WH; disregarded US intel on Russia; praised Putin's election; lies abt his deals in Russia. Is there any question Trump is a Russian agent?

Wow, just learned in the Failing New York Times that the corrupt former leaders of the FBI, almost all fired or forced to leave the agency for some very bad reasons, opened up an investigation on me, for no reason & with no proof, after I fired Lyin’ James Comey, a total sleaze!