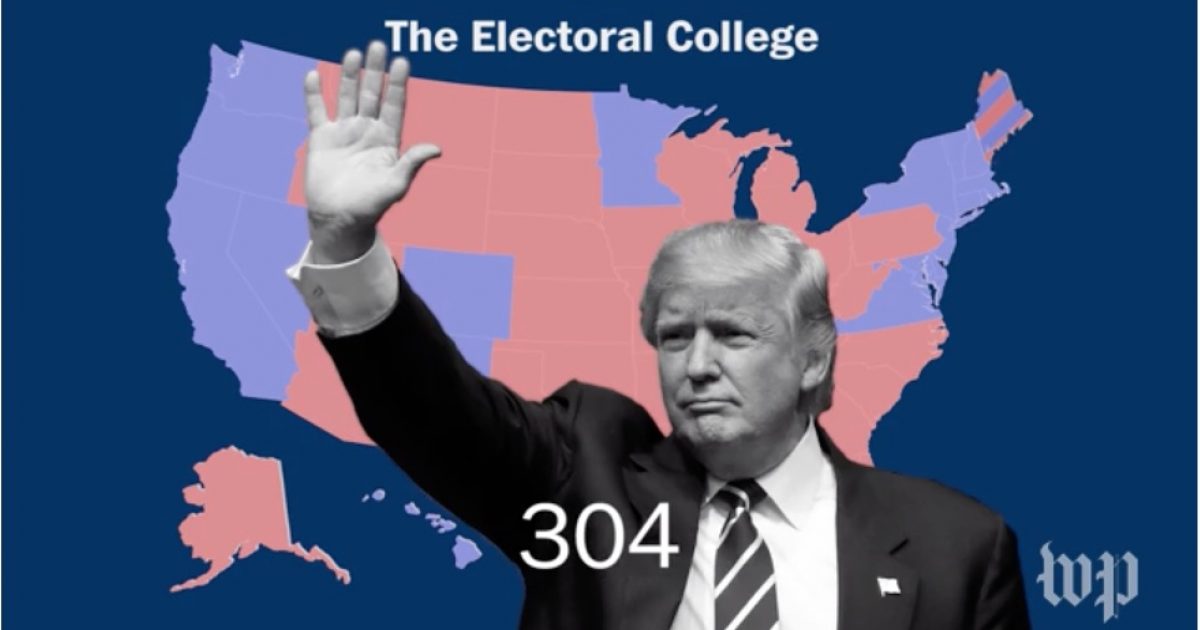 Democrats have a plan to replace the electoral college process to elect the president of the U.S.

The idea is to have states award their electoral college votes to the winner of the popular vote in a presidential election.

To that end, a number of states have joined the National Popular Vote Interstate Compact, the agreement that allows states to ignore the winner of the popular vote in their state but instead, award the state’s electoral votes to the presidential candidate that wins the nationwide popular vote.

The attempt by Democrats is a reaction to the 2016 presidential election where Hillary Clinton won the popular vote but Donald Trump became president because he won in the electoral college.

Colorado is the latest state to back the new system and it joins 12 other states and the District of Columbia.

For the compact to become effective, enough states would have to join the effort to reach a total of 270 electoral votes. So far the electoral college tally is 181 just 89 short.

Democrats are not stopping with the effort to change the electoral college process – they also want to allow 16-year-olds to vote in federal elections.

The House of Representatives voted against an amendment from Massachusetts Democratic Representative Ayanna Pressley to lower the voting age.

I am honored & excited to be introducing my very 1st amendment on the House floor, an amendment to #HR1, the #ForthePeopleAct. My amendment will lower the voting age from 18 to 16, allowing our youth to have a seat at the table of democracy. #16toVote pic.twitter.com/67IzCtUh8k

According to the Daily Signal, more Democrats voted for the amendment than against it (125-108) and only one Republican voted for the measure.

Having failed to win the last presidential election and to get a majority in the Senate, Democrats are trying to change the rules of the game to win elections and gain power.

The Washington Post wrote about the National Popular Vote Interstate Compact and the story included a video describing the history of the electoral college.