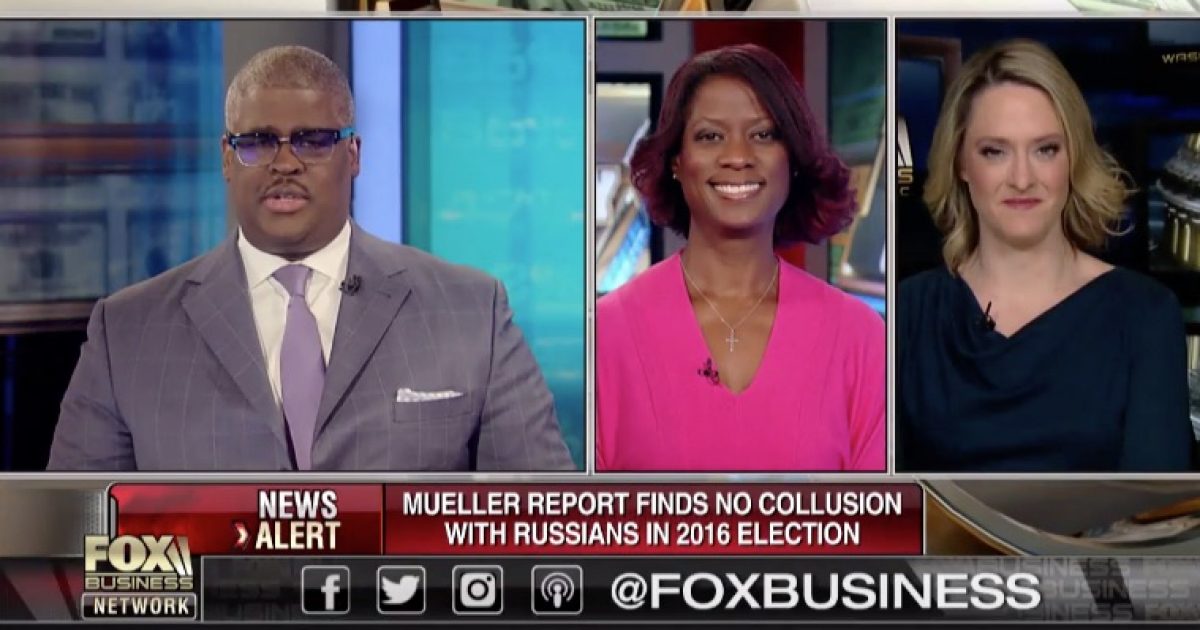 The investigation by Special Counsel Robert Mueller of Russia’s interference in the 2016 election is over.

Attorney General William Barr summarized Mueller’s findings in a letter to Congress, however, the no collusion finding of any American with Russia is not sitting well with Democrats.

Now Democrats are calling for the full release of Mueller’s report.

Deneen Borelli debated the Mueller report and the demand by Democrats to release the full report with Democratic strategist Kristen Hawn on “Making Money with Charles Payne,” on the Fox Business Network.

Fox Business wrote a story about the segment.

“Mueller ended the investigation but the Democrats are just starting,” Fox News contributor Deneen Borelli told “Making Money” host Charles Payne. “Don’t forget, they’re also investigating 81 people or entities that are remotely associated with President Trump. This was never about getting to the facts, this was about getting to President Trump, to not get him elected, to get him out of the white house, and the democrats are just going to continue to play these games.”