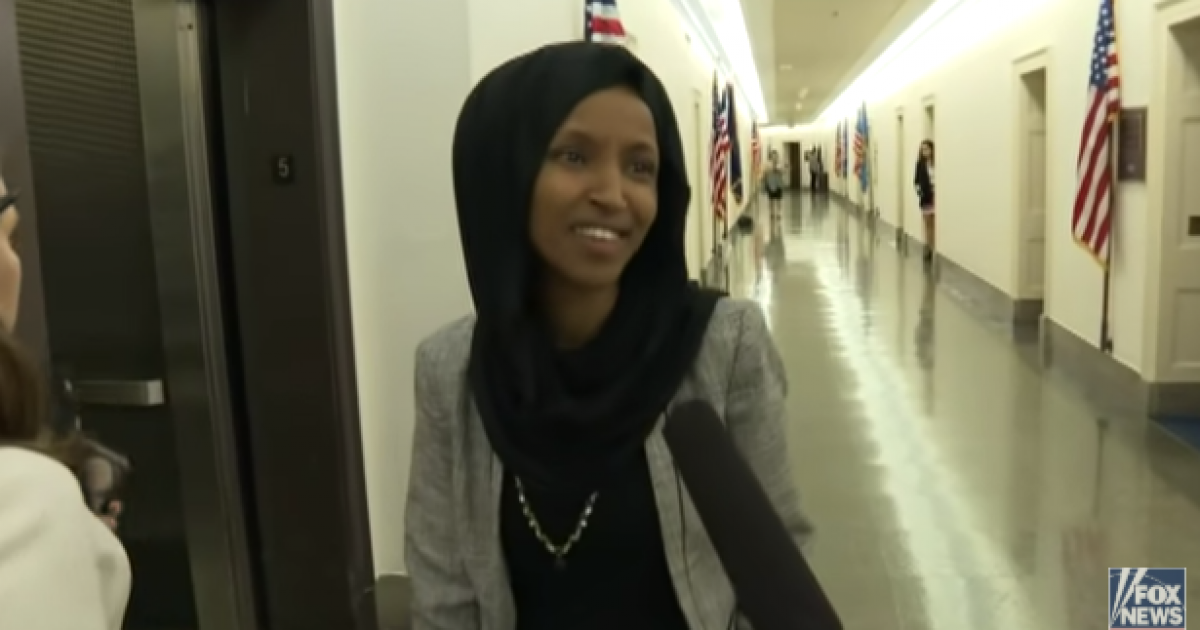 Omar made the comment to Fox News when she was asked if former President Obama and President Trump are similar.

Freshman Rep. Ilhan Omar, D-Minn., told Fox News on Monday that it was “silly” to compare President Trump with former President Barack Obama, adding: “One is human. The other is really not.”

Omar’s comments came after she told Politico in an interview published last Friday that the Obama administration was responsible for the “caging of kids” at the U.S.-Mexico border and the “droning of countries around the world.”

The Minnesota representative made headline news regarding anti-Semitic comments and then moved on to criticize former President Obama during an interview with Politico Magzine.

As she saw it, the party ostensibly committed to progressive values had become complicit in perpetuating the status quo. Omar says the “hope and change” offered by Barack Obama was a mirage. Recalling the “caging of kids” at the U.S.-Mexico border and the “droning of countries around the world” on Obama’s watch, she argues that the Democratic president operated within the same fundamentally broken framework as his Republican successor.

“We can’t be only upset with Trump. … His policies are bad, but many of the people who came before him also had really bad policies. They just were more polished than he was,” Omar says. “And that’s not what we should be looking for anymore. We don’t want anybody to get away with murder because they are polished. We want to recognize the actual policies that are behind the pretty face and the smile.”

Perhaps nowhere is the divergence inside today’s Democratic Party better crystallized than in greater Minneapolis and two of the freshmen House members there: https://t.co/yZLqjxVOId

Following the news surrounding her critical comments about Obama, Omar claimed she was misquoted by Politico.

After the news outlet quoted from the interview, Omar tweeted that the result was ‘[e]xhibit A of how reporters distort words. I’m an Obama fan!’

‘I was saying how Trump is different from Obama, and why we should focus on policy not politics. This is why I always tape my interviews,’ she added, along with a winking, tongue-out emoji and nearly two minutes of audio.

Analysis of the transcript showed Omar’s claim was not supported by the evidence.

Alberta fired back at Omar in a tweet: ‘Exhibit A of how politicians use the media as a straw man to avoid owning what they said. Your tape…supports what I wrote 100%. So does my longer tape. It’s beyond dispute. Next time, a phone call from your office before the Twitter ambush would be appreciated.’

Omar is feeling pressure for initially comparing former President Obama to President Trump in the context they are both bad.

Her comment about President Trump isn’t really human is an effort to save face with the Democrats.