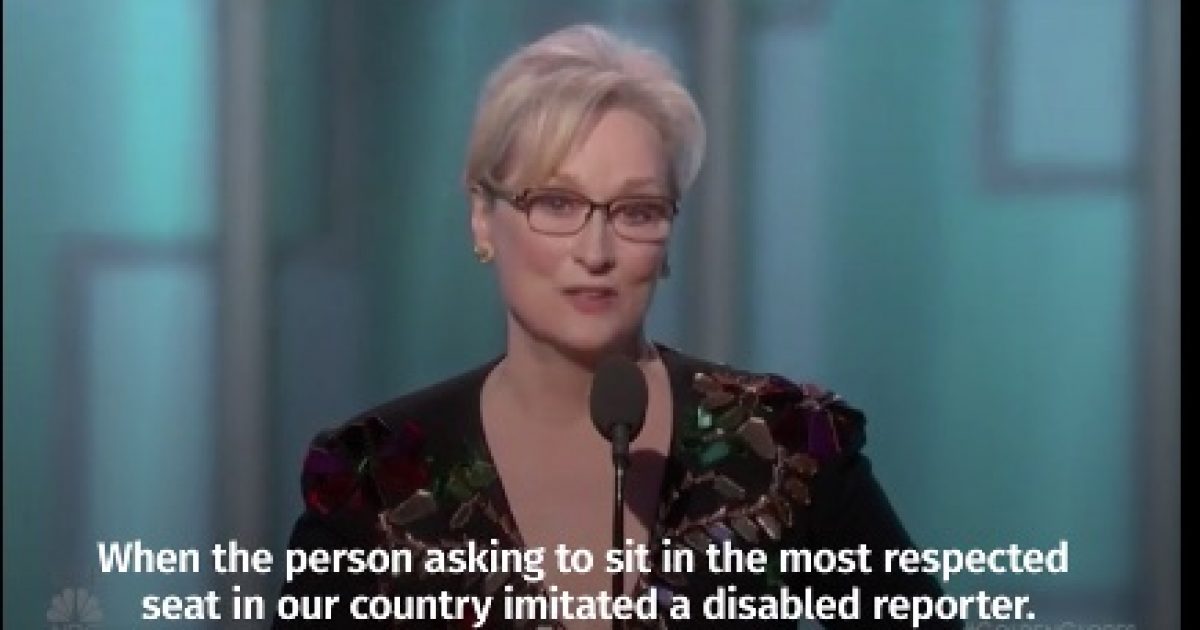 Streep made comments about President Trump during an interview on “The Late Night Show with Stephen Colbert,” at the annual Montclair Film Festival fundraiser.

After Colbert asked Streep about empathizing with the characters she plays, he asked her, “What’s it like for you to see somebody who is the President of the United States who is the top politician who is indifferent to the idea of empathy? I’m not sure he knows what you mean when you say it.”

And Streep delivered a sobering assessment of Trump.

“I’m scared. I’m scared by him, by his possibility,” she said. “And I do empathize with him. I can’t imagine what his 3 a.m. is like. There’s a gathering storm—everyone feels it, he feels it. His children are in jeopardy, and I feel that. I think, ‘What if my children were in jeopardy?’ I would do anything — anything — to get them out of trouble. So we should be afraid. That’s what I think.”

This is not the first time Streep criticized President Trump.

At the 2017 Golden Globe Awards, Streep made critical remarks about President Trump during her Cecil B. DeMille acceptance speech.

Stephen Colbert is also a huge critic of President Trump on stage and on Twitter:

Wait a second, did Trump only go to the funeral to look for an Attorney General? https://t.co/Jx6dMF6SgF

You know who's not enjoying last week's election? The guy who lost. https://t.co/fRNlKNpbPb

The Hollywood and entertainment elite despise President Trump and will take every opportunity to slam him.