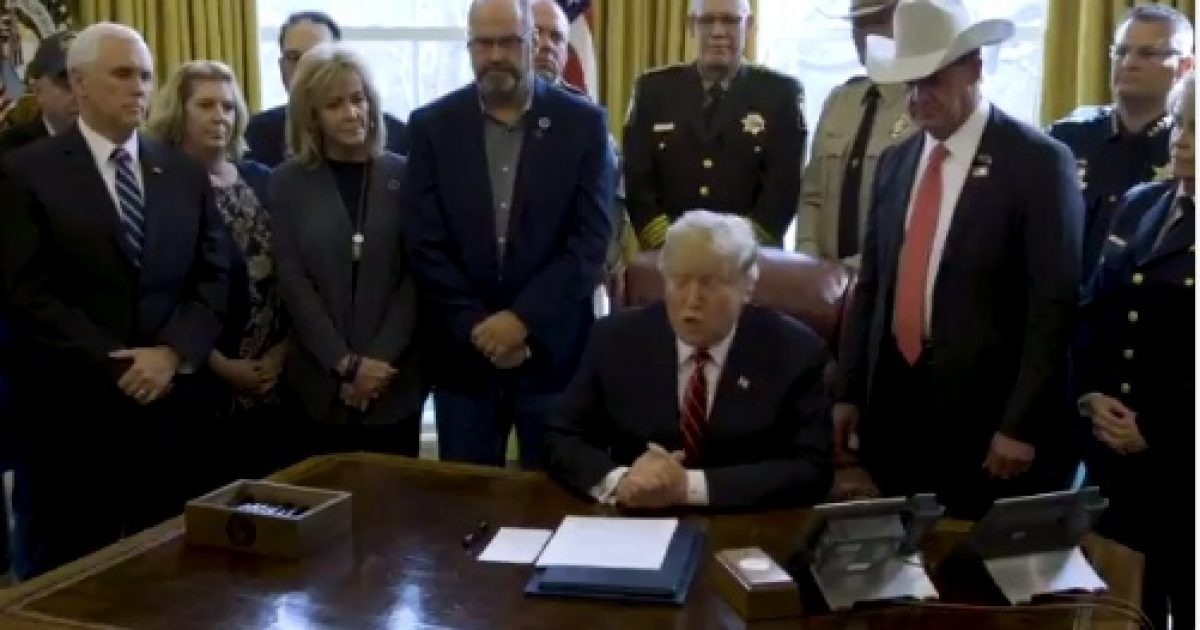 President Trump issued his first veto over his declaration of a national emergency on the U.S.-Mexico southern border.

The president’s veto followed the House of Representatives and the Senate vote to overturn President Trump’s effort to secure the border by using the National Emergency Act.

In the Senate, a dozen Republican Senators joined all the Democrats in voting for a resolution to block the declaration of a national emergency.

During his brief remarks, President Trump focused on the dangers to Americans and called Congress’ resolution “dangerous” and “reckless.”

By vetoing the resolution passed by Congress, President Trump is keeping his promise to protect Americans from the dangers of criminal illegal aliens.

This is a national emergency. pic.twitter.com/PFLjjd76Qs

Congress is failing to do its job by not addressing the real emergency at the southern border.

The emergency declaration could have been avoided if Senate Democrats did not block $5.7 billion in funding for the border wall last December.