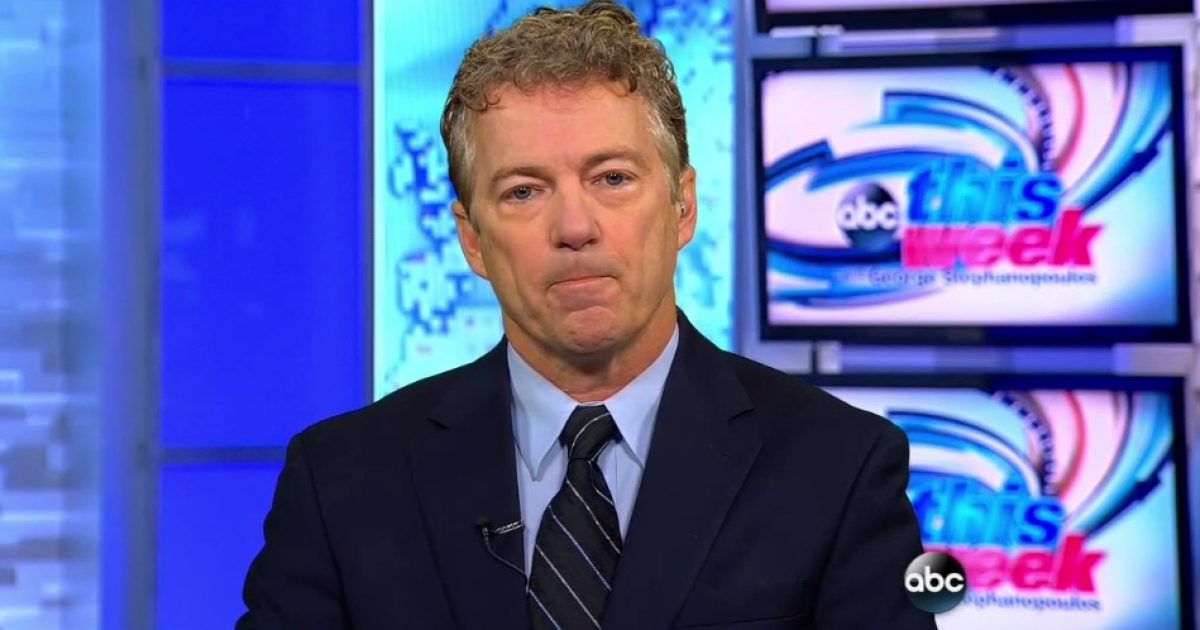 During a TV interview, McCain slammed Trump about his very critical remarks of the media. The Arizona senator twisted Trump’s statements into suggesting the president wanted to silence the media.

Sen. Rand Paul (R-Ky.) blasted Sen. John McCain (R-Ariz.) Sunday, saying the U.S. is “very lucky” that President Donald Trump is in office instead of McCain during an interview on ABC News’ “This Week.”

The former 2016 Republican presidential candidate derided the 2008 GOP presidential nominee for allowing his “personal dispute” with Trump to cloud his criticism of the new administration. McCain on Friday said Trump’s tweet that a biased media is “the enemy of the American people” was the sort of assault on a press press that could lead to dictatorship.

“I would say John McCain’s been wrong on just about everything over the last four decades. He advocated for the Iraq War, which I think destabilized the Middle East,” Paul said on “This Week.” “He would bankrupt the nation. We’re very lucky John McCain’s not in charge, because I think we’d be in perpetual war.”

McCain’s comments about Trump were an inaccurate description of the president’s statements about the media. It’s great Paul called out McCain’s motivation and his record.