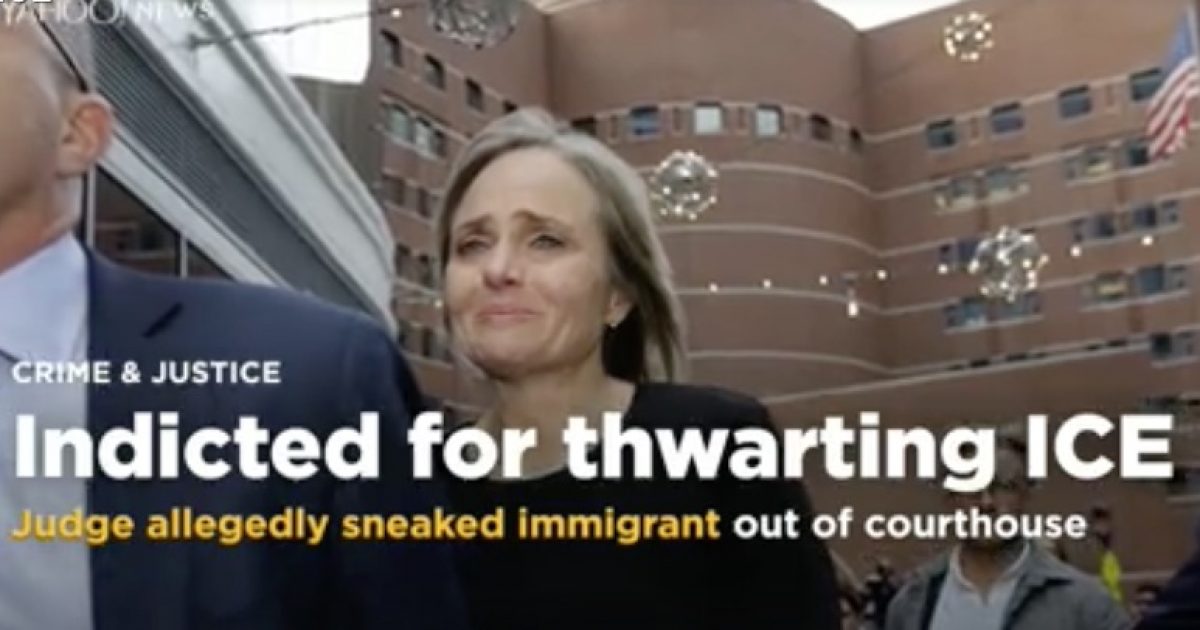 Massachusetts District Judge Shelley Richmond Joseph was charged with obstruction of justice for allegedly helping an illegal alien escape an arrest from an Immigration and Customs Enforcement agent.

According to the indictment, the judge allowed an illegal alien to escape an arrest by an ICE agent by letting the man out the back door of the courthouse. A court officer that played a role in the illegal alien’s escape was also charged with obstruction of justice.

The illegal alien was previously deported twice, was arrested in Massachusetts for narcotics possession and for being a fugitive from Pennsylvania.

The federal charge against the judge was blasted by the Massachusetts Attorney General Maura Healey and the ACLU.

This is a radical and politically-motivated attack on our state and the independence of our courts. I am deeply disappointed by U.S. Attorney Andrew Lelling’s misuse of prosecutorial resources and the chilling effect his actions will have. https://t.co/ywkLdIC07S

Left-wing judges are letting their political views on immigration take precedence over the law.

If convicted, the judge and the court officer must be punished.

It’s outrageous for a judge to allow a criminal to escape justice.