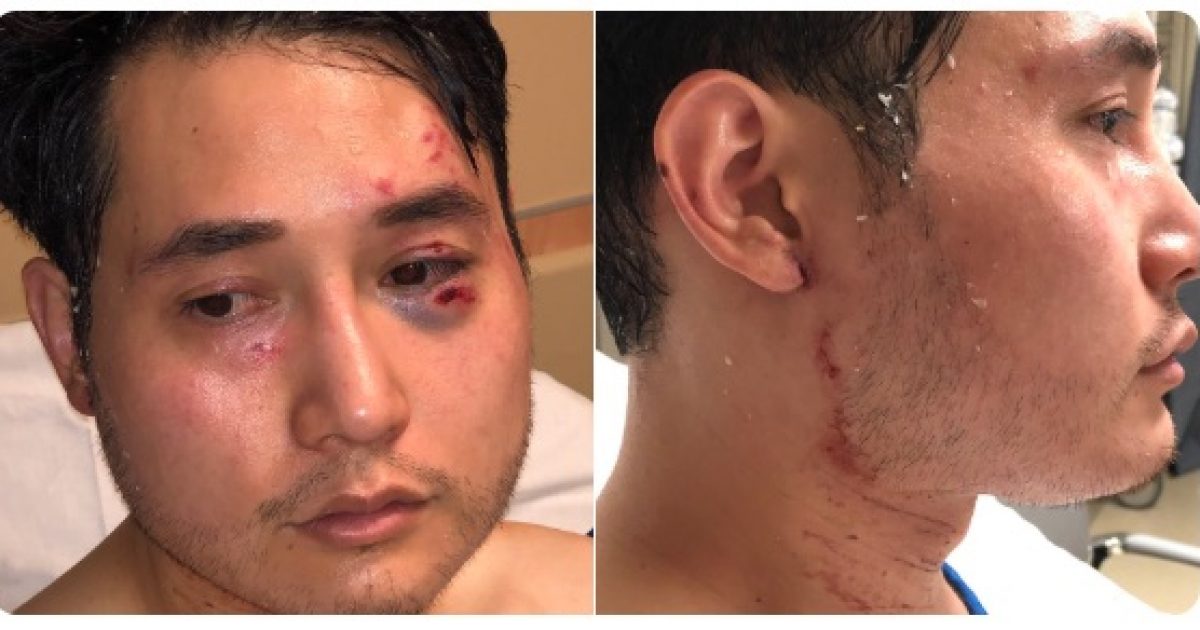 Portland Mayor Ted Wheeler and the police department are under fire following a brutal attack on a conservative writer by Antifa members over the weekend.

Andy Ngo was viciously attacked and robbed while reporting on dueling demonstrations on Saturday.

Masked individuals attacked Ngo at a rally in Oregon, throwing what appeared to be milkshakes at him and punching him, according to footage of the attack.

Ngo’s injuries, including a brain bleed, along with numerous cuts and bruises, landed him in the hospital.

Update to @MrAndyNgo supporters — he is being admitted to the hospital overnight as a result of a brain bleed. You sick “journalists” and other hacks gloating about this should be ashamed. As for the rest, please pray for @MrAndyNgo who we need back in health — brave man!??????❤️ https://t.co/XYVy4EbIzv

Conservative commentator Michelle Malkin set up a GoFundMe page for Ngo which went viral and at the time of this post, approximately $138,000 was raised for his medical and security expenses.

Although there was a police presence, no action was taken to stop the attack against Ngo.

Police were lined up along the perimeter of the park before the attack, but no one intervened to break up the fight. Late Saturday, police reported that three people had been arrested, including one for assault, but it was unclear if that person had anything to do with the attack on Ngo.

Senator Ted Cruz (R-TX) is calling for a Department of Justice probe and legal action against Mayor Wheeler who dangerously put politics before safety.

To federal law enforcement: investigate & bring legal action against a Mayor who has, for political reasons, ordered his police officers to let citizens be attacked by domestic terrorists. https://t.co/5xyCDARICl https://t.co/c0Tf3SsKEf

Portland’s mayor and the police have a history of allowing radical activists to take over the streets, putting innocent citizens in harm’s way.

The episode drew fresh attention to Mr. Wheeler’s hands-off attitude toward protesters, including the mayor’s defense last year of police who allowed activists to block traffic and harass drivers during a spontaneous protest, an incident caught on camera by Mr. Ngo.

It’s past time to #impeach #Portland #Mayor @tedwheeler. He’s allowing street thugs to assault journalists, blockade hospitals, and pull pedestrians out of their cars. His behavior is disgraceful and impeachment proceedings must begin immediately. @MrAndyNgo

Portland’s Mayor Wheeler and the police need to be held accountable for allowing the dangerous Antifa mob to run wild.