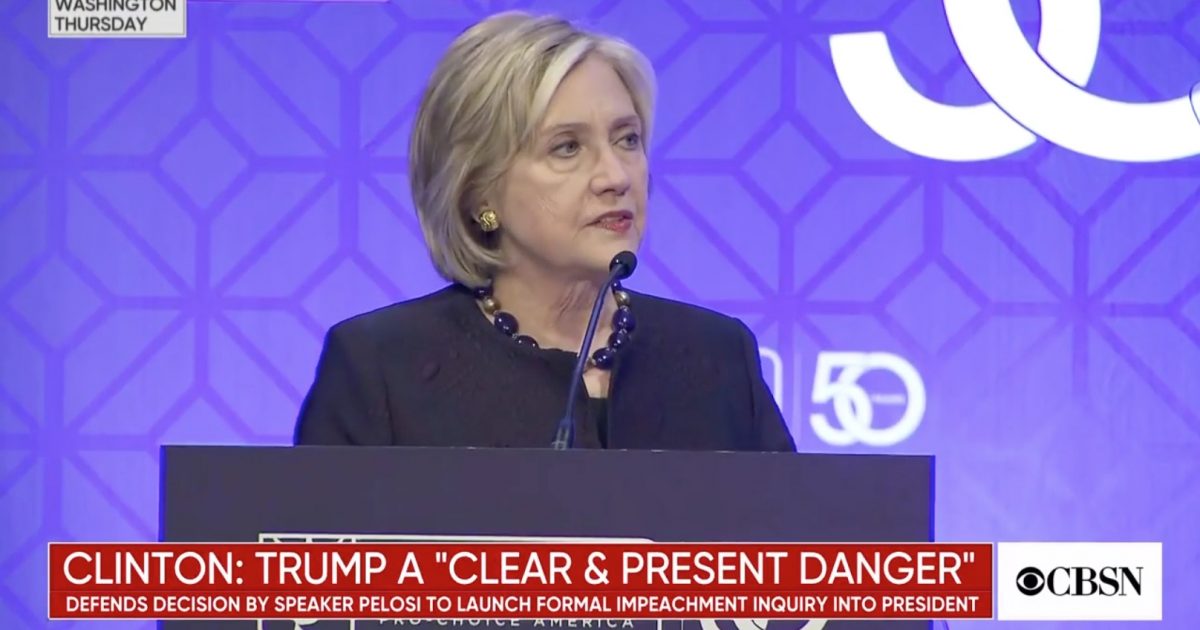 During a speech at a human rights event in Washington, D.C., Clinton supported Pelosi’s impeachment decision by criticizing President Trump saying he “… has turned American diplomacy into a cheap extortion racket…”

Clinton added, “He has denigrated and, let’s be honest, stabbed in the back, the career foreign service officers who serve bravely and selflessly no matter the politics of the administration that they are working under.”

Clinton is pushing for President Trump’s impeachment on Twitter.

The president of the United States has betrayed our country.

That’s not a political statement—it’s a harsh reality, and we must act.

He is a clear and present danger to the things that keep us strong and free.

"I have received information from multiple U.S. Government officials that the President is using the power of his office to solicit interference from a foreign country in the 2020 U.S. election."

Every American should read this whistleblower complaint. https://t.co/9Mk6kLNsIL

Clinton is still upset over losing the 2016 election and she continues to take every opportunity to bash President Trump.