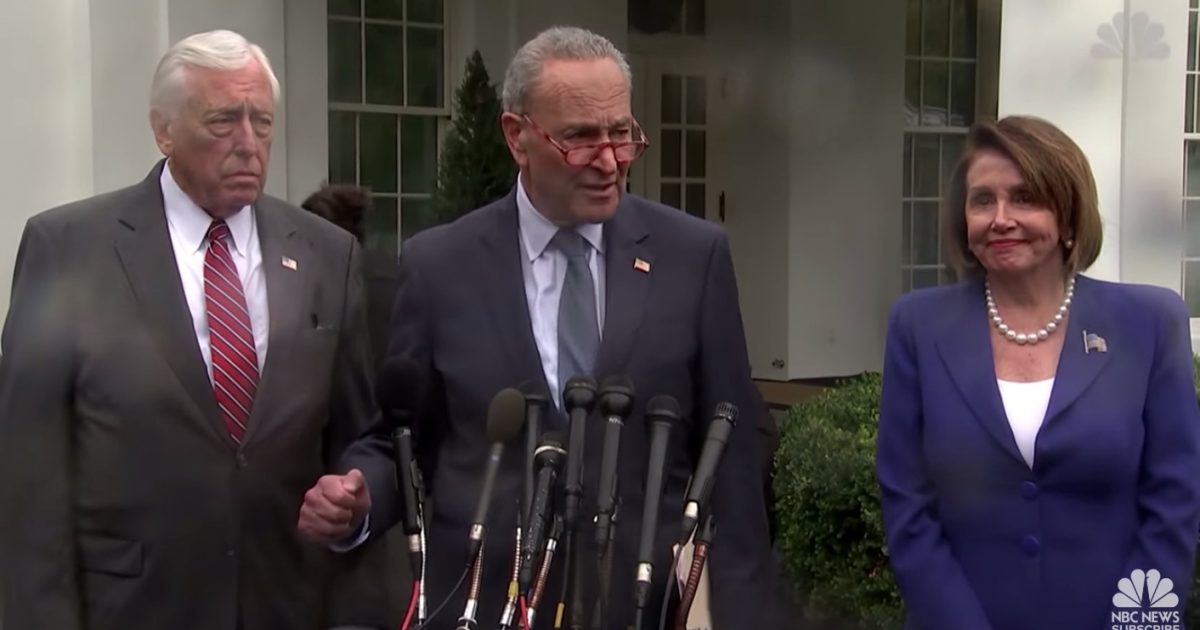 Democrats walked out of a White House meeting with President Trump on Syria and immediately held a press conference to slam the president.

Pelosi, Schumer and House Majority Leader Steny Hoyer (D-MD) were at the White House meeting and addressed the media after they left.

Later in the day, Pelosi said she prays for “… the president all the time, and I tell him that — I pray for his safety and that of his family.”

Speaker Pelosi made a picture of her standing up to President Trump as her Twitter cover photo.

Trump tried to insult "unhinged" Pelosi with an image. She made it her Twitter cover photo. https://t.co/AmetFVfkVz

Nancy Pelosi needs help fast! There is either something wrong with her “upstairs,” or she just plain doesn’t like our great Country. She had a total meltdown in the White House today. It was very sad to watch. Pray for her, she is a very sick person!

The Do Nothing Democrats, Pelosi and Schumer stormed out of the Cabinet Room! pic.twitter.com/hmP4FNhemv

Tensions between President Trump and Democrats in Congress are escalating and there is no end in sight.