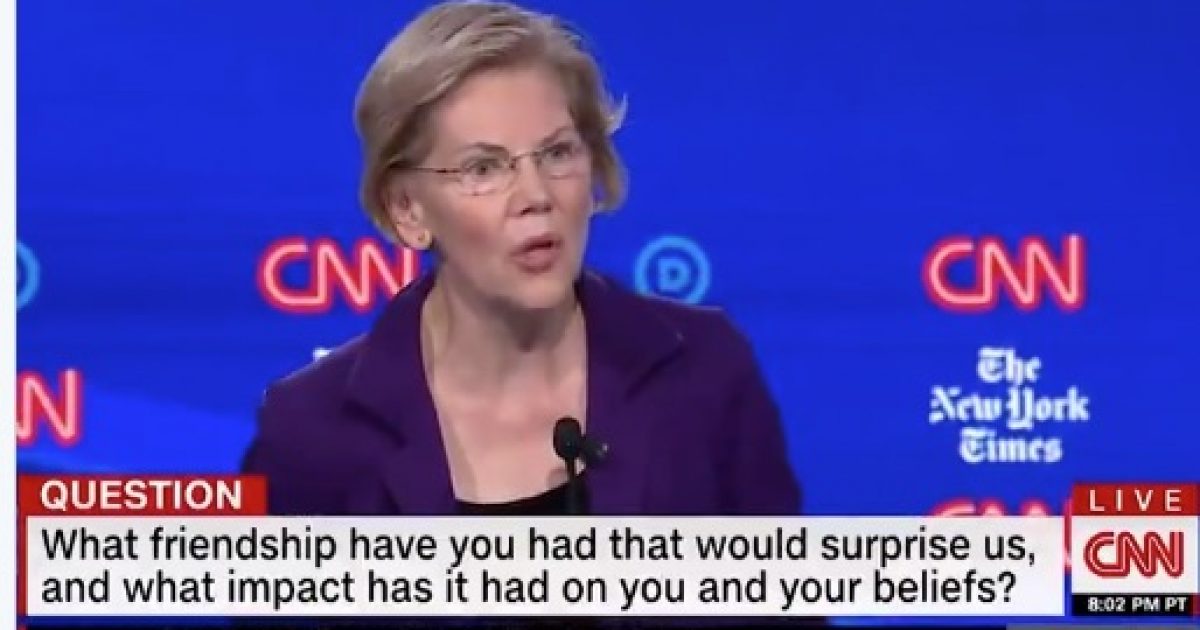 Warren’s rise in the polls caused her Democrat competitors to zero in on her policies, especially her “Medicare for All” plan.

Warren was challenged by a moderator, by Senator Amy Klobuchar (D-MN) and Democrat Mayor Pete Buttigieg over her health insurance plan idea.

Noteworthy is the fact that Warren refused to answer if her Medicare for All plan will result in tax increases.

Also, former Vice President Joe Biden escaped scrutiny over his son’s business dealings with a Ukrainian natural gas company or for the investment made by China to an investment fund.

Only one question and a follow up from CNN’s Anderson Cooper addressed Biden’s son Hunter and the former vice president was not challenged by any of his competitors on stage.

The former vice president told Warren he was responsible for getting her idea, Consumer Financial Protection Bureau, into law.

In a remarkable confrontation, Biden repeatedly told Warren, "I got you votes" after she spoke about opening the CFPB, one of her signature achievements.

"I am deeply grateful to President Obama," Warren replied, "who fought so hard to make sure that agency was passed into law." pic.twitter.com/Ik5aplt0D9

At last night’s #DemDebate, I discussed my vision for the country and how I'll deliver tangible progress on the most pressing issues facing working families.

I refuse to postpone American possibilities any longer. There’s enormous opportunity once we get rid of Donald Trump. pic.twitter.com/eBmbdUEpYX

Despite Biden’s effort, it looks like it’s only a matter of time until he sees his dream of being president fall far short of his goal.